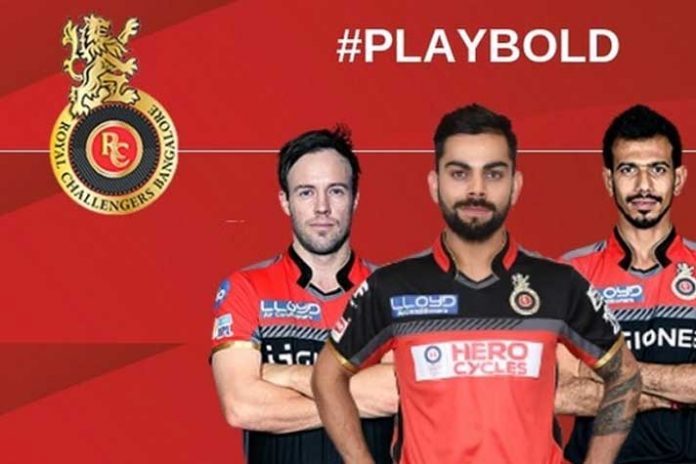 Virat Kohli Led Royal Challengers Bangalore(RCB) gears up for IPL 2020 as the team according to report depart for UAE in the last week of August. The 13th edition of cash rich Indian Premier League (IPL 2020) is scheduled to begin from Sep 19 in the UAE.

Royal Challengers Bangalore and others IPL franchises team started their preaparations, including the IPL players to gather at designated hotel for quarantine and mandatory Covid 19 tests.

Virat Kohli’s RCB team also started the countdowns for IPL 2020 as yesterday the team posted a picture with Virat Kohli and Yuzvendra Chahal. While sharing the post RCB wrote” Forty one days to
Go !

According to sources RCB team is expected to gather at Bengaluru hotel for quarantine this week.Even the RCB chairman Sanjeev Churiwala told The Hindu that their fight schedules have been worked out to ensure players have enough time to practice.“All the Indian players and support staff will first assemble in Bengaluru,” Churiwala was quoted as saying by the daily. “They will be quarantined in a hotel in Bengaluru for a few days before flying out to the UAE in the last week of August.

Mean while, the homegrown FMCG brand Patanjali has become first brand in the country to openly declare that they will be bidding for the title sponsorship of the Indian Premier League (IPL 2020).

“We are considering the IPL title sponsorship for this year, since we want to give the Patanjali brand a global marketing platform,” Patanjali spokesperson SK Tijarawala confirmed to ET, adding Patanjali is considering making a proposal to the Board of Control for Cricket in India (BCCI).

The Baba Ramdev-led Patanjali Ayurved, which sells a range of grocery products including toothpaste, honey and noodles in the ayurveda and natural products space, according to the report is in process of reaching out to BCCI to formally submit its interest.