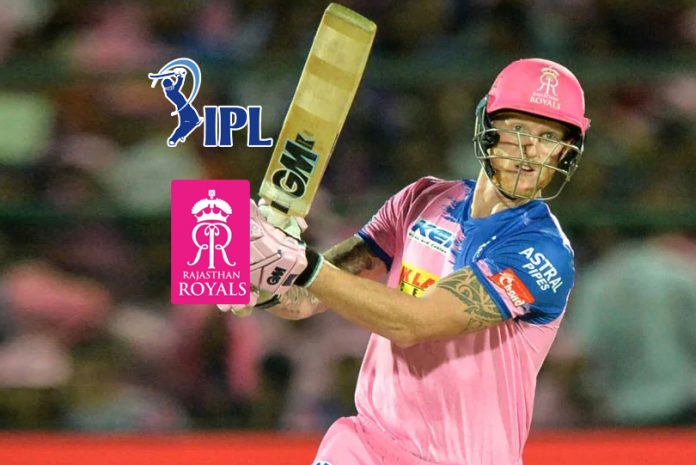 Will Ben Stokes play in the Indian Premier League (IPL 2020) or not ?
Will cricket’s Mr. Incredible be available to play for the Rajasthan Royals in the league this season or not ?
Speculations are rife about the answers to these questions. Stokes pulled out of the Test series against Pakistan and rushed to New Zealand to attend his ailing father.
Since then, according to the reports coming in from the Rajasthan Royals claims, ‘he is incommunicado’.

InsideSport again checked with Rajasthan Royals team on the status of Stokes availability and this is what we were told.

“We at this stage are clueless. We just know he is in New Zealand to attend to his father. He was in 14 days quarantine as per the norms of the local government which should have bene finished now. Post that he will attend to his father”, said the source to InsideSport.
But will he be available for Royals this year ?
“We don’t want to unnecessary speculate till the time we connect with him”, said the person in the thick of things in the RR camp.
IPL 2020 : Suspense over Ben Stokes continues ? Where is he currently ?

Ged Stokes, the father of New Zealand-born England cricket star Ben Stokes, has revealed he has brain cancer which is why his son pulled out of the Test series against Pakistan to return home to be with his family.

Stokes admitted of being distressed in a recent interview after his father was diagnosed with brain cancer. “I didn’t sleep for a week and my head wasn’t really in it,” Stokes said after leaving the squad midway the Pakistan series. “Leaving was the right choice from a mental point of view,”

Since arriving in New Zealand and after entering the quarantine for 14 days, Stokes has been incommunicado. The first update about the magician of England cricket came in today in morning, when Stokes updated his Instagram account with these three stories –

First Update :  He has uploaded a pic showing that after completing 14 days Quarantine he has got his freedom
Second Update : About Congratulation just retired Ben Stokes
Third Update : Another congratulatory message to former England fast bowler Graham Oninos on his retirement.
The update clearly shows that Stokes is still in New Zealand and the suspense on his participation in IPL 2020 still will continue for sometime.
IPL 2020 : Rajasthan Royals has some more problems as England-Australian cricketers will not be available for the first game

Rajasthan Royals will be the worst hit franchise with the IPL Governing Council decision to not allow any Bio-Security relaxation to the England & Australian cricketers.

Royals who is already in some stress because of uncertainty over Stokes’s availability – now will also be missing out on the services of Steve Smith, Jos Buttler, Jofra Archer and Tom Curran in the first game of IPL 2020.

Not only this but as per the IPL 2020 schedule released by BCCI, Rajasthan Royals’ will also travel the most during the league games. The Royals are based in Dubai. But they will play six matches in Dubai, five in Abu Dhabi, and three in Sharjah. The Royals’ matches are more scattered seemingly to accommodate more ‘home’ games for the other teams.
Royals play their first match on 22nd Sep against Chennai Super Kings