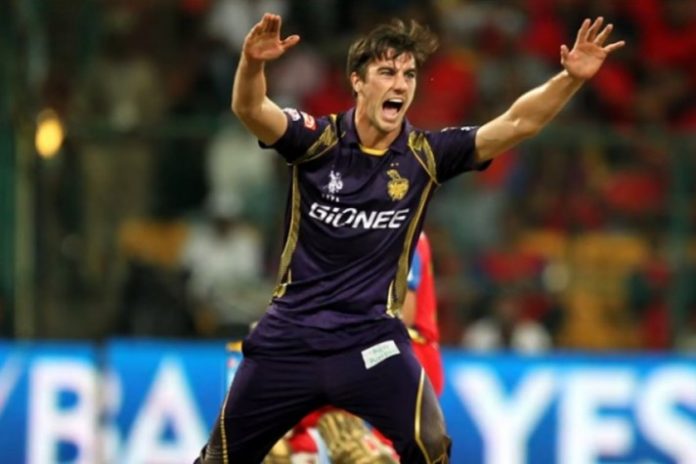 The Kolkata Knight Riders (KKR) team in IPL 2020 is the only team which has two bowlers in their rank who can bowl at 150 Kmph.

The most costly foreign asset of IPL 2020 Pat Cummins from Australia & Lockie Ferguson of NewZealand. Both of them has a capability to bowl 150+ and both will try to do each other in terms of pace.

That is the reason Ferguson has declared that he is looking forward to a ‘pace-off’ with Cummins in the KKR camp.  The New Zealander joined his first practice session with the teammates in Abu Dhabi on Friday after completing his week-long hotel quarantine on arrival.

? We are going LIVE with @lockieferguson at 9:30 PM IST. Send your questions in comments ? And Batsmen… BEWARE: Our new playlist has a lot of 'Sweet Chin Music' on it #KKR #HaiTaiyaar #Dream11IPL

‘‘We are surely going to have the ‘pace-offs’ with each other. I don’t know if you are aware of this fast bowling club. We are always nice to the guy who can bowl at 150kmph! Look, Pat is an exceptional bowler, there is no secret about that. He is either the bowler or Player of the Year internationally almost every year. He seems to be getting better and better and he is still so young. He is a lovely guy and I am thoroughly looking forward to rubbing shoulders with him,’’ said the 29-year-old.

IPL 2020 : KKR laced with big fast bowlers in their camp

KKR has invested heavily on their fast bowling resources for the IPL 2020. They not only have Cummins in their ranks with a price tag of 15.5 Cr for the season, but also others for whom they are paying huge amounts for the services.

According to Ferguson, KKR has enough fast bowling arsenal in their squad to take on the best of batting units in the world. On a personal note, Ferguson said he has worked on some variations which will come handy during the IPL 2020 season.

‘‘In my arsenal, I pack my yorkers and slower balls. But I am also working on some other variations. At this moment, I am just looking forward to getting back to the grind and bowling again. It was a nice little break (during the lockdown) but yeah, my body needs to adjust now from no bowling to lots of training.’’

There will be, however, no shortage of guidance and encouragement from the team’s support staff – which has one of his early heroes in Brendon McCullum as the new Head Coach and Kyle Mills, another compatriot, as their fast bowling coach. ‘Baz,’ as McCullum is nicknamed as, will be riding high after guiding the Trinbago Knight Riders – the Shah Rukh Khan co-owned team – to their first Caribbean Premier League crown on Thursday and joined the squad in Abu Dhabi on Saturday.

The first-ever wicketkeeper-batsman of the KKR in the inugural edition 2008 IPL, McCullum took the Royal Challengers Bangalore attack to the cleaners with a blazing 158 in the first game of the tournament – an innings which is still credited with setting the tempo for the newly launched lague. Watching that innings as a teenager was Ferguson himself. ‘‘Well, I loved watching the first season when Brendon was smashing it all over the park. We didn’t know how big IPL was potentially going to be. I think it was difficult to measure for a Kiwi because here for Black Caps, a crowd of 20,000 is a big crowd.