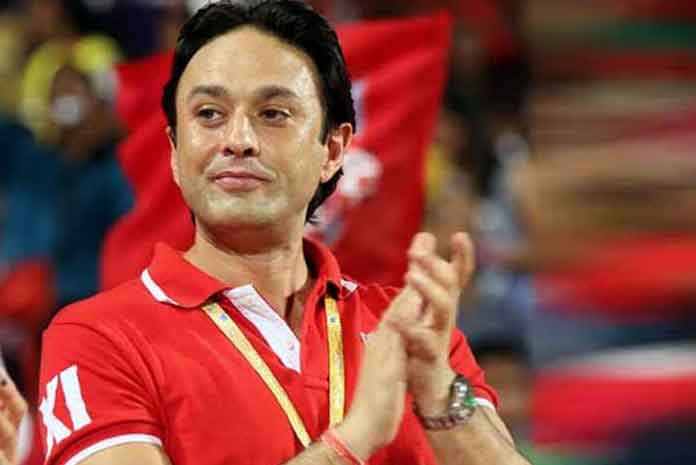 The KingsXI management is extremely upset with what happened on Sunday night. After Co-Owner Preity Zinta’s show of displeasure now other owner of the team Ness Wadia has released a very strong statement against the umpire decision.

It is exceedingly unfortunate that today with tremendous use of technology, we still do not use technology to ensure the total fairness and transparency in cricket game like several other leagues across the world including EPL, NBA, etc.

VAR has become something which is used across the world. The game of yesterday in question between Kings XI and Delhi had two umpiring mistakes which cost KXIP the game.

The first came in the first few overs of the match where a leg bye went for four and it was given as leg bye by the umpire but it was actually a wide ball. That one run would have helped Kings XI win the game versus losing. The second disastrous decision came at the end of the game in the last couple of overs, when a run was deemed as not being a run even though TV replays showed that it had been a run. Unfortunately these two decisions cost Kings XI the game.

I would request BCCI to ensure better umpiring and to ensure henceforth that technology is used to the maximum so as to ensure fairness and transparency in a game which is used across the best leagues in the world.

Therefore I feel it is unfortunate that Kings XI were the subject of poor decision making by the umpire and this cost us the game. I do hope that BCCI implements a system and process so that the other teams do not suffer the same plight as Kings XI did yesterday.

If technology is not there to be used for the fairness and transparency of the game and to ensure that it is equitable to all, then why use technology at all?

Before the match went into Super Over, the TV footage showed that square leg umpire Menon had erred in calling Chris Jordan for a ‘short run’ in the third ball of the 19th over, bowled by Kagiso Rabada.

The TV replays showed that Jordan’s bat was inside the crease when he completed the first run, starting from the non-striker’s end.

However to KXIP’s horror, Menon gestured that Jordan has not completed the run and only one run was added to Mayank Agarwal and the Punjab team’s total. The decision was not reversed despite technological evidence that it was a wrong call.

In the final over, Punjab needed 13 runs to win and Agarwal managed 12 runs in the first three balls.

If that one ‘short run’ was credited to their total, Punjab would have won with three balls to spare but they lost two wickets in the final two balls after a dot fourth ball and it spilled to a Super Over, which the Kings XI lost.

“We have appealed to the match referee. While a human error can happen and we understand that, there is no room for human errors like these in a world class tournament like the IPL. This one run could cost us a play off berth,” KXIP CEO Satish Menon told PTI.

A controversial decision by umpire in the 19th over of Punjab’s run-chase sparked a frenzy on social media with netizens raising questions that should the match have gone into a Super Over at all.

During the 19th over, Rabada’s third ball was played towards the extra cover region by Agarwal for a quick couple. But on-field umpire Nitin Menon decided that the first run was a short one. Replays, however, clearly showed that the run was not short at all.

“I don’t agree with the man of the match choice . The umpire who gave this short run should have been man of the match. Short Run nahin tha. And that was the difference.” wrote former India cricketer Virender Sehwag. Replays clearly highlighted that it was a blunder by on-field umpire Menon and the batsman had reached his ground, but the umpire decided to deduct one run and it probably cost KXIPP their game.