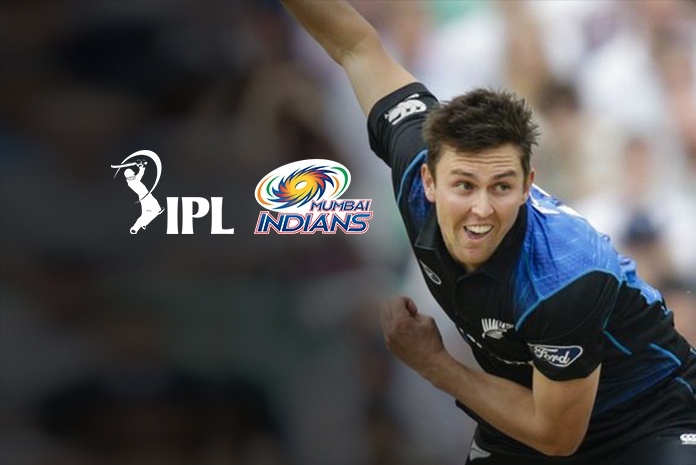 Set to lead four-time champions Mumbai Indians bowling attack in absence of Lasith Malinga, Kiwi left-arm pacer Trent Boult believes the biggest challenge for all the teams in the 13th IPL will be to adjust to the hot and humid UAE conditions.

In his first stint with the Mumbai Indians after being traded by Delhi Capitals last year, Boult will have to share bulk of the responsibility of the team’s bowling attack after Sri Lankan Malinga opted out of this year’s IPL due to personal reasons.

Speaking about his new association, Boult said it is always a sigh of relief for any bowler to be on the other side of a batting-heavy outfiit like Mumbai Indians.

“The biggest challenge so far has been trying to prepare to come to 45 degrees in the middle of the desert. I come from a very small country New Zealand which is about 7 or 8 degrees at the moment in the middle of winter,” Boult said in a video posted by Mumbai Indians on their official twitter handle.

“Obviously, played for a couple of other franchises, but I’m very excited to be part of this Mumbai family. Speaking from experience, I have played against Mumbai a few times and that intimidation and that big challenge you will face when you come against this side has always been very intimidating. So, it’s going to be nice to be on the other end of it and be a part of such a cool group.”

Having played some amount of cricket in the UAE, Boult believes Mumbai Indians have the firepower in its bowling unit to outwit any opposition in the upcoming IPL.

“I’ve played a little bit of cricket here and I’m aware that the conditions can change quite drastically depending on the time of the time of the year etc,” the 31-year-old said.

“But I’m hoping for good wickets and if good wickets are on the table, then it’s about being clear with what we are trying to do as a bowling team. And if we put the ball where we want to, then I think we got the skills to outperform any opposition.”

Boult believes there is plenty of diversity in Mumbai Indians bowling unit, which is a good sign for the team.

“I’m very excited to be part of that bowling pack. There is a lot of experience there, there is a lot of diversity I suppose and there is a group of players who have performed around the world,” the New Zealand pacer said.

“I am sure we will back each other to do the job. It’s a big strength of the MI family I think.”

India A vs South Africa A: IND A vs SA A Full Schedule, Full Squad, LIVE Streaming, Date, India Time All you need to...