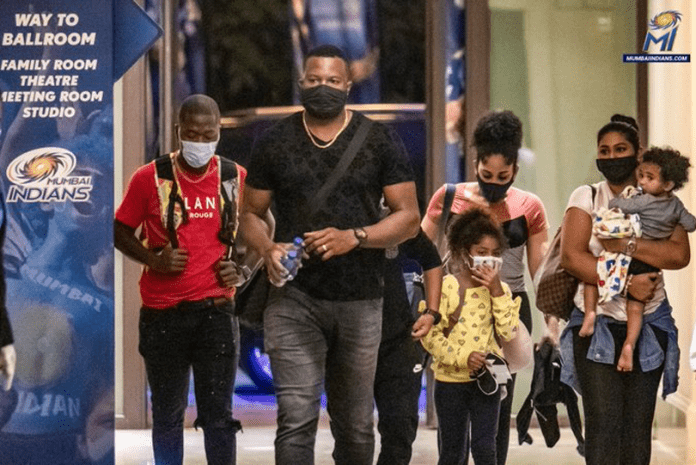 Not only Pollar, all the other players the Caribbean and a few from other countries have also touched base with their teams after completing Caribbean Premier League engagements.

The IPL shifted to the UAE, will be held from September 19 to November 10, at three venues – Abu Dhabi, Dubai and Sharjah.

From the Caribbean Isles to Abu Dhabi ??

Along with Pollard, West Indian Sherfane Rutherford has also joined the squad.

Mumbai Indians, who are the defending champions, will take on Chennai Super Kings, in the lung opener of the cash-rich T20 league. Pollard led the Trinbago Knight Riders to CPL title.