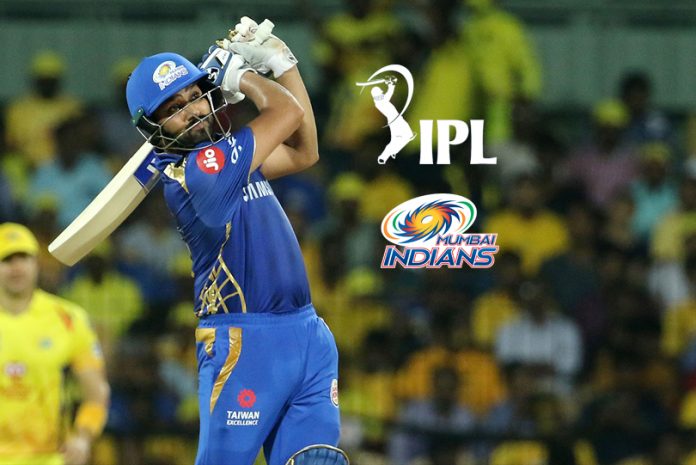 Finally, the Indian Premier League 2020 (IPL 2020) is happening. The IPL Governing Council chairman on Tuesday confirmed that the sporting extravaganza will take place in UAE. So while we are at it, InsideSport brings you Mumbai Indians (MI) squad 2020 and their salaries.

IPL 2020 : All that you want to know about IPL Mumbai Indians full squad 2020 and players salary, key players, Captain and Total money spent in IPL 2020

Mumbai Indians 2020 Captain – Rohit Sharma –  Rohit Gurunath Sharma is an Indian international cricketer who plays for Mumbai in domestic cricket and captains Mumbai Indians in the Indian Premier League as a right-handed batsman and an occasional right-arm off break bowler. He is the vice-captain of the Indian national team in limited-overs formats.
Rohit Sharma IPL Salary 2020 – 15 Crore
Rohit Sharma Total IPL Salary – 131.6 Crore
Rohit Sharma IPL Moneyball Rank – 2
IPL 2020 : Mumbai Indians (MI) Players Salary
Mumbai Indians Wins
Mumbai Indians is the most successful team in the IPL. They won the 2011 Champions League Twenty20 after beating Royal Challengers Bangalore by 31 runs in the final. The team won the double by winning its first IPL title, in 2013, by defeating Chennai Super Kings by 23 runs in the final, and then defeated the Rajasthan Royals by 33 runs to win its second Champions League Twenty20 title later that year. They won their second IPL title on 24 May 2015 by defeating the Chennai Super Kings by 41 runs in the final and became the third team to win more than one IPL title. On 21 May 2017, they won their third IPL title by defeating the Rising Pune Supergiant by 1 run in a thrilling final, thus becoming the first team to win three IPL titles. While playing the tournament, they won their 100th T20, becoming the first team to do so. In 2019, they repeated the same feat as they won a record breaking fourth IPL title, by beating CSK by just 1 run on 12 May 2019 in IPL Final.

Rohit Gurunath Sharma is an Indian international cricketer who plays for Mumbai in domestic cricket and captains Mumbai Indians in the Indian Premier League as a right-handed batsman and an occasional right-arm off break bowler. He is the vice-captain of the Indian national team in limited-overs formats.
IPL Salary 2020 – 15 Crore
Total IPL Salary – 131.6 Crore
IPL Moneyball Rank – 2
Country- India2 Hardik Pandya –

Hardik Himanshu Pandya is an Indian international cricketer who plays for Baroda in domestic cricket and Mumbai Indians in the Indian Premier League. He is an all-rounder who bats right-handed and bowls right-arm fast-medium. He is the younger brother of Krunal Pandya.

Krunal Himanshu Pandya is an Indian international cricketer. He is an all-rounder who bats left-handed and bowls slow left-arm orthodox. He plays for Baroda in domestic cricket, and for Mumbai Indians in the IPL. He made his international debut for the Indian cricket team in November 2018.

Jasprit Jasbirsingh Bumrah is an Indian cricketer who plays for the Indian national cricket team in all formats of the game.

Kieron Adrian Pollard is a Trinidadian cricketer who captains the West Indies cricket team in limited overs cricket. An aggressive all-rounder, Pollard is a medium-pace bowler and big-hitting batsman in the middle-order.