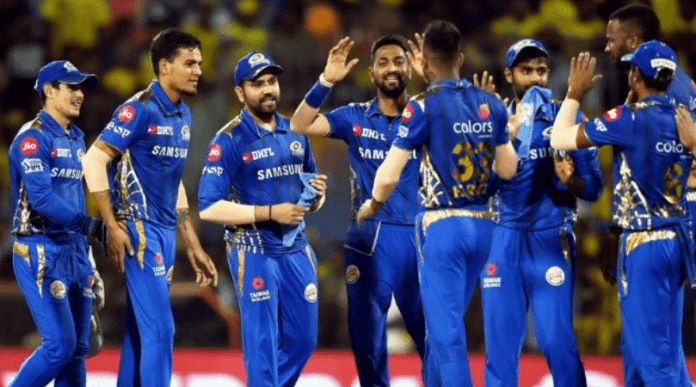 The Indian Premier League (IPL) franchise Mumbai Indians is the most successful team of IPL and now it has becomes the first team to have 5 million followers on Instagram This team has so far won the IPL Trophy 4 times, which is a record. No other team has won the IPL so far. on the other hand MS Dhoni’s Chennai Super Kings, which is at number two, has become the 3-time champion, while Royal Challengers Bangalore hold the third place in the list with 4 million followers.

The Kolkata Knight Riders (KKR) are close to the 2 million , while Sunrisers Hyderabad sit at the fifth spot with 1.5 million followers on the social media site.

Delhi Capitals and Kings XI Punjab have 1.4 million Instagram followers each, whereas the  Rajasthan Royals own the last position, having recently reached the 1 million followers milestone.

There are many big stars in Mumbai Indians like skipper Rohit Sharma and Hardik Pandya, Jaspreet Bumrah, Quinton de Kock.