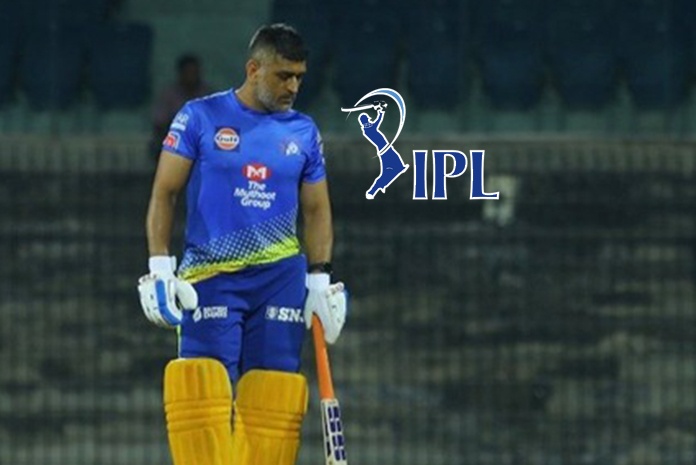 The IPL franchises are all gearing up for Dubai to play the IPL 2020 in the Desert Cities. InsideSport has learnt that Mahendra Singh Dhoni led Chennai Super Kings (CSK) will be the first team to leave for Dubai by 10th-11th August. Sources in the CSK’s team management told InsideSport that they are gunning for training camp for Mahi’s team before 15th August.

When asked, how Dhoni and rest of the squad will travel to Dubai, InsideSport was informed team will explore booking chartered plane for the squad. According to the source, the final itineary will only be finalized post IPL GC Meeting on Sunday.
“We are targeting to leave for Dubai with the entire squad by 8th Aug so that training camp can be organized for them before the end of 2nd week. Travel plans will be finalized once we receive instructions for BCCI on Do’s and Don’t”, said the source involved with the planning in Chennai Super Kings.
He further added, “in the circumstances we are in, we will explore to book chartered flight for the team. That will be safest option in the current conditions”.
InsideSport had earlier informed its readers on Monday that talks about training camp for the Indian team at Motera are all stalled and rather franchises are planning camps for their respective teams by the 2nd Week of August.
Also Read : https://www.insidesport.in/ipl-2020-bccis-camp-for-team-india-at-motera-unlikely-ipl-franchises-to-organize-their-camps-in-dubai/
IPL 2020 : No camp for Indian team, franchises planning camps in Dubai
Not only CSK but other teams are also planning to organize an 2-3 weeks training camp in Dubai before the IPL 2020 kicks off on September 19th. Most of the franchises InsideSport spoke to said, they are sure to hold training camps for their squad in Dubai. The proposed training camps will be scheduled around the 1st week of September. This means the plan to hold the national camp in Motera (Ahmedabad) for Virat Kohli’s Indian team will be now put on hold.
InsideSport reached out to BCCI Treasurer Arun Dhumal to check if the franchise camps will be given precedence over the national camp.
“Yes, we are aware some of the franchises will be organizing camps in Dubai. It is important, players have not played for so long. Before IPL 2020, they need to get back in the best possible shape. We will have no problems with these camps by the franchises”, said Dhumal.
But when asked, what about the training camp for the National team, BCCI official had this to say –
“We are still looking for the best possible solution. Nothing is finalized as such. In the coming days we will decide about it but one needs to understand time at hand is really very short”
IPL 2020 : IPL franchises to organize their training camps in Dubai
Meanwhile, be it the Chennai Super Kings, Rajasthan Royals, Mumbai Indians or any other IPL team, they have started exploring feasibility of the training camp for their squad in Dubai. InsideSport spoke to 3 IPL franchises and all of them confirmed the training camp in UAE is must to get their squad ready for the IPL 2020.
“We are exploring to start our camp from 5th September in Dubai. We have also got in touch with our foreign players and all of them are comfortable with the idea to have a training camp in Dubai. That will be the best way to prepare ourselves for IPL 2020”, said IPL franchise official involved with the preparations.
“Players for every team will be short of practice. No matter which part of the world they will be coming from – they will not be in the best shape. Normally we organize our Pre-IPL camps in our franchise territory but in the current situation Dubai, Abu Dhabi will be the best place to have 2 week camp before the start of IPL”, said CEO of Northern India based franchise.
According to some of the franchise officials, ICC’S state of the art academy in Dubai will be the preferred choice for most of the franchises for their training camps. Once the IPL GC is done with, they will sought BCCI’S support in that regard.