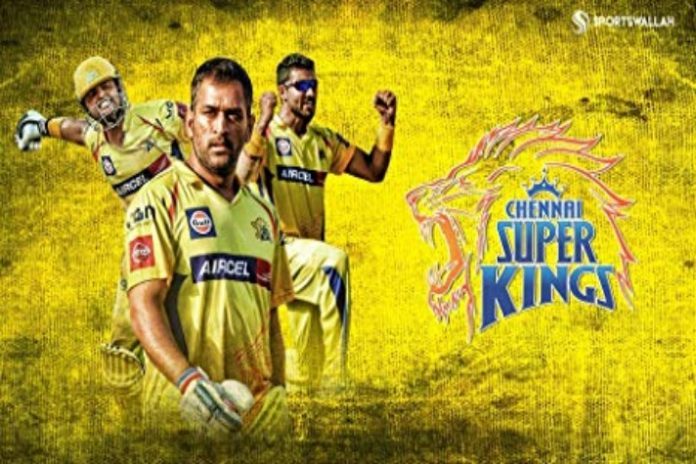 The 13th edition of the Indian Premier League (IPL 2020) will see the first match between MI vs CSK on September 19 @7.30pm IST. Led by ‘Captain Cool’ MS Dhoni from the front, the Chennai Super Kings (CSK) franchise is the most consistent side in IPL’s history.

While Mumbai Indians are the most successful team with 4 IPL titles, CSK is the most consistent franchise having qualified for the playoffs in every edition they have played in.

With the stakes high and a mouthwatering clash in the offing, let’s find out how will the Chennai Super Kings lineup for their first IPL 2020 match.

Shane Watson’s services are irreplaceable for the franchise as the Australian has the ability to both open batting as well as bowling. The dynamic all-rounder from Australia is once again expected to reprise his role as an opener for the Super Kings.

A winner of the Most Valuable Player award on a couple of occasions, Watson has had a significant impact on his team’s performance each season.

CSK are likely to go with Faf du Plessis and Ambati Rayudu as their opening batting combinationRayudu is another unsung hero of this team who also had a crucial role in CSK over the past two years. He bats as an opener as well as in the middle order, which gives extra flexibility to adjust team combination. He will play as an opener in my opinion

One of the best in his craft, the former Proteas cricketer can send ball over the park hitting perfect cricketing shots instead of just slogging. Du Plessis, who can become a run-machine if he gets going, he’ll be an extremely pivotal member in the batting lineup.

Also, coupled with his agility and impeccable fielding skills, Du Plessis can be clinical in saving important runs in the field.

CSK’s talismanic skipper and wicketkeeper-batsman MS Dhoni will once again marshall his troops and it remains to be seen if ‘Captain Cool’ can propel them to yet another IPL title.

Dhoni, however, has not played since India’s 2019 ODI World Cup semi-final loss to New Zealand and IPL 2020 is going to be a different proposition after being out of cricketing action since India’s debacle in the semifinal of ICC World Cup 2019.

The batting dynamo and one of cricket’s best finisher, Dhoni has played some great knocks in the last two seasons and scored over 400 runs. In IPL 2019, he scored 416 runs at a whopping average of 83.20 with a strike rate of 134.62, including his highest individual score of 84 not out.

Though CSK has a handy batting all-rounder in Kedar Jadhav, who can roll over his arm with a slinger type action.

No-one can forget his spectacular cameo in the first match of IPL 2018 when he finished the game in some different style. He was then ruled out for the whole season due to hamstring injury. He came back in the 2019 season and helped the team to end the campaign as runners-up

Ravindra Jadeja has been an integral part of Chennai Super Kings setup and the franchise will once again be hoping for the dynamic all-rounder to deliver the goods.

His left arm spin bowling will also come handy for the Chennai-based franchise on UAE’s slow and sticky wickets. He has played an astonishing 170 matches in IPL, scoring 1,927 runs at an average of 24.08 and a strike rate of 122.58.

In the bowling department, he has taken 108 wickets at an average of 29.18 and an economy rate of 7.57. He had three four-wicket hauls and one five-wicket haul. His best bowling performance of 5 for 16 came in the 2012 edition of IPL

Go-to man for MS Dhoni in the IPL during the death overs, Dwayne Bravo is once again expected to be handed over the ball in tricky situations or during duress. With a mix of variations up his sleeve, the Caribbean can come in extremely handy in the slow, spinning track of UAE.

Equally explosive with the willow, Bravo has a rich repertoire of strokes up his sleeves and can decimate any bowling lineup on his day.

The Mumbai pacer has come a long way after a string of years spent in various IPL squads as a backup pacer. He has become a regular in the national team and has contributed in a significant manner. His lower-order batting and new-ball bowling will be essential for the Super Kings.

Though a bit on the expensive side in T20s, Thakur has a knack of getting important breakthroughs. His skills with the bat have improved considerably during the last year and now he is capable of finishing the innings as well. In the bowling department, his constant variations and the occasional knuckleball can trouble the batsmen.

Piyush Chawla should be CSK’s first-choice spinner, considering his experience and the team management’s eagerness to buy him at the IPL auction last year. The wily leg-spinner had an excellent run for Gujarat at the Syed Mushtaq Ali Trophy and would like to take full advantage of the spin-friendly pitches in the UAE. Apart from his prowess as a bowler, he can prove to be a handy batsman down the order.

Deepak Chahar was one of the two players in CSK who tested positive for coronavirus after the team landed in UAE. This forced him to remain indoors and he finally joined the team for a practice session on September 11.

The medium-pacer got the national call on his brilliant IPL stint in the last two seasons. In IPL 2018, he took 10 wickets in 12 matches with an economy rate of 7.28 and played some crucial knocks down the order, taking his team to victory.

The most aged and experienced player in the team is Imran Tahir, who is famous for his typical running celebration. Besides conventional leg spin, he has a destructive wrong ‘un he uses as a surprise option.

This team, led by Dhoni, looks good on paper but will be tested on match day. Dhoni usually goes with six bowlers and Jadeja batting at No, 6, so I have chosen six bowlers. This is the best team considering the conditions, and they might end their campaign in the top four.