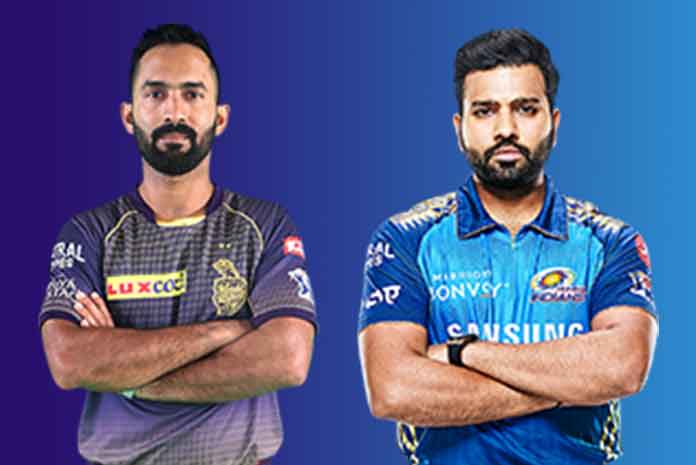 Kolkata Knight Riders captain Dinesh Karthik admitted it was a disappointing performance in their IPL opener on Wednesday.

“I think we had areas to do well in bat and ball. It was a pretty rusty day to be honest…  I don’t want to get too analytical about it, but the boys realise they could have done better,” Karthik said after the 49-run loss.

“Pat Cummins and Eoin Morgan just finished their quarantine today. So it is not easy to come in and play in this heat,” he remarked.

Karthik evaded a query about a change in their top-order, saying: “I haven’t had the conversation about that with Baz (coach Brendon McCullum) but will let you know by the next game”.

Mumbai Indians captain Rohit Sharma said he was happy with his performance.

Defending champions Mumbai Indians registered their first win in the 13th edition of the Indian Premier League (IPL 2020) after crushing two-time IPL winners Kolkata Knight Riders to a 49 runs defeat. Mumbai finally came to the party after being beaten in their opening fixture against Chennai.

Rohit Sharma starred with the bat with a quickfire 54 balls 80 to propel Mumbai Indians to a total of 195 which Dinesh Karthik’s men fell terribly short of. Rohit was well assisted in the middle by Suryakumar Yadav who scored 47 and Saurabh Tiwary who made 21. Contributions from younger Pandya and Pollard took them to a total which was too much for the opposition.

Kolkata chasing 196 runs were never comfortable in the middle. They lost two early wickets in the Powerplay. Since then they failed to recover as they lacked partnerships. Nitish Rana looked a bit promising but the mounting run rate pressure consumed him.

Skipper Dinesh Karthik too could not add much to the total despite coming one down in the batting order. Morgan and Russell too struggled to get adjusted to the pace of the wicket which was on the slower side.

In the end, both departed without any substantial contributions. In the end some few lusty blows from Pat Cummins helped Kolkata achieve some respectability with the score. Overall a poor display of batting from them which they would like to rectify before going ahead in the tournament.

Trent Boult, James Pattinson, Jasprit Bumrah all stood up to the challenge and it didn’t look like this is a Malinga-less Mumbai. They executed their yorkers, the slower ones and the bumpers to perfection.

To aid their efforts Rahul Chahar and the big man who also played his 150 game for Mumbai today, Kieron Pollard did exceptionally well with the ball. Pollard bowled 3 overs and gave away 21 runs along with a wicket.

In the end, a complete team effort in the field from Mumbai as Hardik Pandya though did not bowl, did not contribute much with the bat but was seeing on the field taking catches and saving runs for his team.