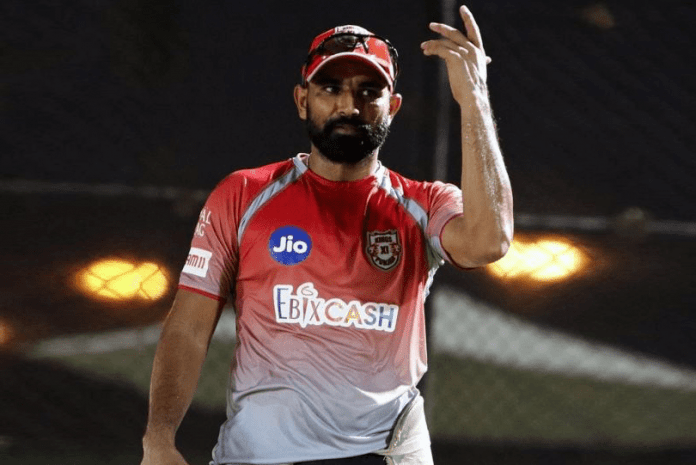 Mohammed Shami sets an example in training with his top notch work rate and that is one of the major reasons for his success, feels Kings XI Punjab bowling coach Charl Langeveldt. Shami, who turned 30 this month, was Kings XI Punjab’s top wicket-taker last season.

In international cricket, Shami is currently rated as one of the best fast bowlers and he has been one of the main weapons for India captain Virat Kohli in the last few years.

“It’s his work rate (that impresses me the most). From Day One he came here.he brings energy to the team,” former South Africa seamer Langeveldt told IANS in an exclusive interview from Dubai.
“He sets the standards when it comes to training. That is the key for me. He has been exceptional when it comes down to training. No complaints. He manages his workload very well. He can assess his own bowling. I think his work rate sets an example for younger bowlers,” added Langeveldt who has played 6 Tests, 72 ODIs and 9 T20s for South Africa.

Shami had told IANS in an interview a few days back that workload management will be the key in hot and humid conditions in the United Arab Emirates (UAE). The 13th edition of the Indian Premier League (IPL) will take place in the UAE due to the Covid-19 crisis in India.

“The heat is bearable now. We had one or two day practice sessions which were challenging. It has cooled down a bit, but not a lot,” Langeveldt said.

“For us, the key is to manage the workload. Typically in a tournament, per week bowlers would bowl around 80-120 balls. If they go higher, then it’s a concern so we try and monitor that… the amount of balls they bowl per week. We have been great with the fitness trainer. He gives us weekly feedback on the workload. So we assess that and then we go to practice accordingly.”

The 45-year-old also said that young pacers in the team need to step up when needed as squad depth would be the key for a tournament like the IPL.

“We have got a good bowling attack. Mohammed Shami is exceptional. He was the leading wicket taker (for us) last time. So we got a good variety and that is the key. It is also important to have depth in your squad.

“You need your younger players also to be up to speed in terms of what we want to achieve as a bowling unit. Like an Ishan Porel… Arshdeep Singh, Darshan (Nalkande)… to work at the same level and make sure they are ready if there are injuries. They also have to play depending on the team balance. So for me the key is to get them match fit so that they can play in any condition,” said Langeveldt.

Langeveldt was also all praise for head coach Anil Kumble and skipper K.L. Rahul, saying both lead by example.

“I have known Anil from playing against him. He is a great leader. He knows when to push the players and when to not push them. Rahul sets high standards. He leads by example with his work rate. He doesn’t complain a lot. We spoke about last season. We need to take wickets and not just contain. That will bring the run rate down and put the opposition under pressure. That also makes it easy at the back end. So, we need to take wickets up front,” he pointed.

Talking about the current South African pace attack with Kagiso Rabada as the leader of the pack, Langeveldt said the rebuilding phase will take time and the young pacers need more exposure.

“We are in a rebuilding phase. A guy like Anrich Nortje is developing his skill. It will be great to see how he goes. We have few young guys coming up. South Africa needs to give these guys chances. We need to play a lot more ‘A’ side games. It’s just to speed them up to international cricket. They need to be thrown into the deep end. It won’t be easy and it will take time.”