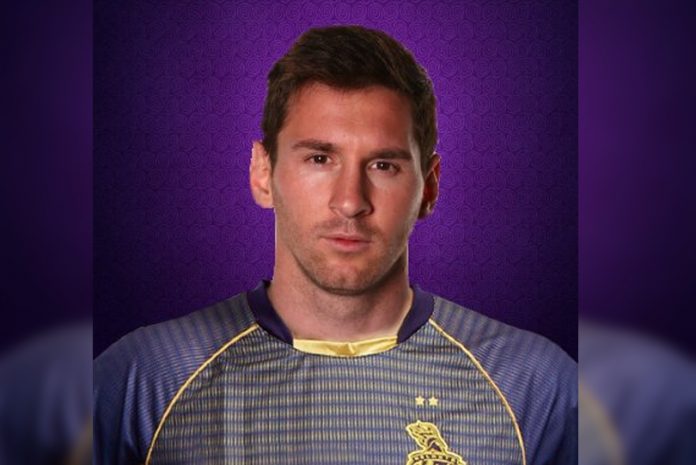 IPL 2020: Now, Kolkata Knight Riders has joined the race to sign Lionel Messi who will be leaving his childhood club Barcelona. KKR took to Twitter and shared a photoshopped picture of the Argentine striker and asked, “Mr Messi, How about donning the Purple and Gold?” They are not the only club who is trying to achieve the ‘impossible’. The I-League’s Gokulam FC had also invited Messi to sign the club.

Mr. #Messi, How about donning the Purple and Gold? ?? https://t.co/oplGLuxpFC pic.twitter.com/QSoJpsRsWi

Messi and Kolkata has a love affair of sorts with the Argentinian & Barcelona legend literally revered as much as they love their own Dada i.e former Indian cricket team captain Sourav Ganguly.

In 2011, when Messi came for a brief visit to Kolkata, over two thousand delirious soccer lovers gave sleep the miss as they danced, cried and shouted slogans eulogizing football magician at his arrival.

Lionel Messi on Tuesday has confirmed his intention to move on from Barcelona. According to the reports, Messi informed about his intent to Barca management via a fax message. Messi wants to exercise a clause allowing him to leave Catalonia for free this summer, though the club insist that particular clause expired in June.The Argentine’s current buyout clause is set at €700million.
Regardless of whether or not a significant transfer fee will have to be paid for Messi in the event that he does leave Barcelona over the coming weeks, any club wishing to sign the six-time Ballon d’Or winner will still have to possess some real spending power, given his enormous salary.

Messi has made up his mind but question on everyone’s lips is where is one of the world’s most celebrated, followed and revered footballer is heading ?

Such is the following of Messi that betting companies world-wide have started releasing odds for betting on his next destination.