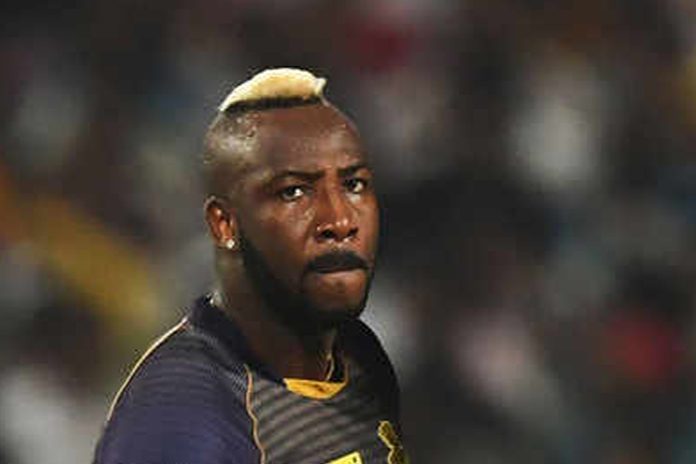 Kolkata Knight Riders star all-rounder Andre Russell is declared fit to play against Royal Challengers Bangalore on Monday after he picked up a knee injury during his last game against Kings XI Punjab.

During the second over of the KXIP chase, Russell made a sliding dive in an attempt to stop the ball from crossing the rope, but in the process, he injured his knee after crashing into the advertisement board.

However, the Windies player is now fit and was even seen training with the bat ahead of the game against RCB.

In the meantime,  the official twitter handle of Indian premier League posted Russell’s video on the micro-blogging site and captioned it, ‘Great to see Dre Russ all set and raring to go’.

Great to see Dre Russ all set and raring to go 💪💪#Dream11IPL pic.twitter.com/ujQ2r615kh

Russel’s presence in the playing XI was also confirmed by KKR skipper Dinesh Karthik as after the toss he said that there is only change in the team – Tom Banton replaces Sunil Narine, meaning that Andre will play against RCB.

Notably, RCB are coming into this game on the back of their 37-run win against Chennai Super Kings (CSK). While skipper Virat Kohli-led from the front with the bat, RCB bowlers did a fine job with the ball to seal their team’s fourth win of the season. RCB, in addition to their win against CSK, have three wins against their name, having beaten Rajasthan Royals (RR), Mumbai Indians (MI) and Sunrisers Hyderabad (SRH).

On the other hand, Kolkata will be targeting a hat-trick of wins, having won against Kings XI Punjab (KXIP) and CSK in their last two games. The Dinesh Karthik-led unit squeezed out both the wins on the back of their extremely disciplined bowling in the middle overs and at the death. While they did not start off their campaign on a winning note, KKR have since won four games out of five.