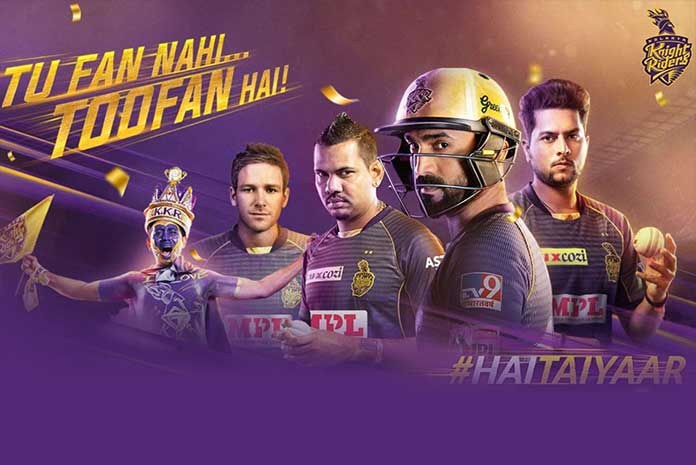 1 Andre Russell – Andre Dwayne Russell is a Jamaican professional cricketer who is widely regarded as one of the greatest T20 players to have ever played the game. Russell plays internationally for the West Indies and for Jamaica in West Indian domestic cricket as an all-rounder.
IPL Salary 2020 – 12.5 Crore
Total IPL Salary – 32.5 Crore
IPL Moneyball Rank – 46
Country – West Indies

4 Pat Cummins – Patrick James Cummins is an Australian international cricketer who is currently the co-vice-captain of the Australia national team in all formats. He made his Test debut at the age of 18 and plays domestic cricket for New South Wales. Cummins is a fast bowler and a capable lower-order right-handed batsman.
IPL Salary 2020 – 15.5 Crore
Total IPL Salary – 22 Crore
IPL Moneyball Rank – 77
Country – Australia

In Sunil Narine and Andre Russell, KKR arguably have IPL 2020’s two best all-rounders, and both Caribbean cricketers add immense value and balance to the side. The IPL’s best teams always have world-class all-rounders, and KKR have the cream of the crop.

Even Pat Cummins, who is guaranteed to play almost all games for KKR, is handy with the bat, while Kamlesh Nagarkoti’s all-round skills have garnered praise from experts.

Apart from Narine and Russell, Dinesh Karthik can also call upon Chris Green, who has captained the Guyana Amazon Warriors in the CPL. The Australian off-spinner might not get games early on in IPL 2020, but he is certainly a quality T20 player.

The team, which is yet to announce a replacement for Harry Gurney, will see healthy competition for the 4 overseas slots in the XI, although 3 are all but finalised in the lead-up to the tournament. KKR’s foreign players are also highly experienced, with Eoin Morgan also England’s captain in the white-ball formats.

KKR’s depth in overseas players will ensure that they can give the Indian players, who are arguably lesser in quality, extended runs of games.

Apart from captain Dinesh Karthik, only Shubman Gill and Nitish Rana have some degree of IPL experience. The releases of Chris Lynn and Robin Uthappa have left their batting lineup devoid of experience and aggression.

Rinku Singh, Siddhesh Lad, Rahul Tripathi and Nikhil Naik are the only other options, and most of them haven’t had sufficient IPL experience.

Kolkata Knight Riders in IPL 2020: Lack of depth in the spin department

KKR have always been a team that has relied on quality spinners, often fielding a three-pronged spin attack consisting of Sunil Narine, Piyush Chawla and Kuldeep Yadav at the Eden Gardens.

Chawla is now part of the Chennai Super Kings, and KKR chose to replace him with Tamil Nadu mystery spinner Varun Chakravarthy, who has bowled only three overs in the IPL so far. Chris Green is another option, but he might not make the playing XI in the presence of other quality options.

M Siddharth is the only other Indian tweaker at KKR’s disposal, and he is uncapped at the IPL level. Even Kuldeep, who is expected to be one of the leaders of the spin attack, picked up only 4 wickets in 9 IPL games last season, at an economy rate of 8.66.

KKR staying at RITZ Cartlon Abu Dhabi
For KKR promoter Sharukh Khan, cities of Dubai and Abu Dhabi are like a second home. Sharukh who has reportedly invested heavily in UAE’s beach front properties has also booked his team in one of the best properties of Abu Dhabi.

Dinesh Karthik led KKR will fly out to Abu Dhabi from Mumbai on 21st morning. Sharukh’s team will stay in a grand style at The Ritz-Carlton Abu Dhabi, Grand Canal.

Nestled into 57 acres of lush gardens and shimmering pools, The Ritz-Carlton Abu Dhabi, Grand Canal is just 20 minutes away from the airport. The hotel overlooks the Grand Canal. KKR is expected to reserve major part of the property for its squad