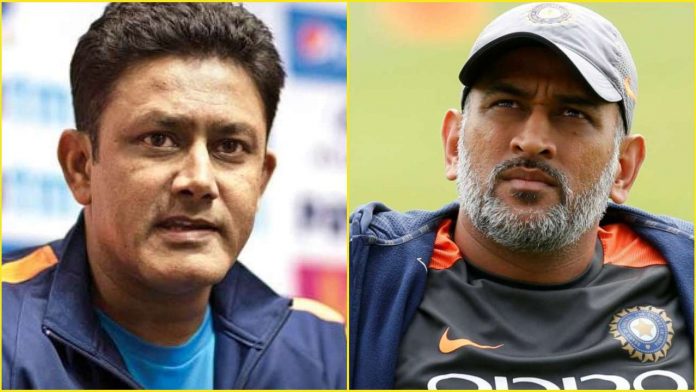 MS Dhoni has a huge challenge at hand this year in the Indian Premier League (IPL 2020). Challenge of guiding and leading Chennai Super Kings in the hour of crisis for the team. No other IPL team this year is going though the amount of issues as CSK is.

Covid-19 cases, players pull out, uncertainty on availability of top foreign recruits for first few games – all of this put together, Dhoni has a herculean task at his hand in the IPL 2020.

But being a person who has always thrived in crisis – other teams are wary that Dhoni will have that extra motivation this season.

According to the head coach of KingsXI Punjab, Anil Kumble – Dhoni will be extremely motivated and will give his 100%.

“I am sure he is as motivated as all of us otherwise he wouldn’t have been here. Knowing MS he will give his 100 per cent.

“When I played my second season, I was retired from international cricket. So the last two seasons was just IPL and Champions League T20. So MS will be as motivated as anyone else.”

According to the head coach of KingsXI Punjab, KL Rahul can win first IPL title for the team. Rahul’s leadership qualities and batting skills will be vital, acknowledged Kumble.

“Knowing KL and some of the players from the past obviously helps. We understand each other really well. I have seen KL from a very young age. This will be his first major captaincy stint. He has led in a few junior matches but not in any high profile event. So far he has been brilliant,” Kumble remarked.

“KL knows the players better than me because he has been in this franchise for the last two years. He has played with most of the players. He knows the game and is very relaxed. He understands the nuances of what it takes to be a successful leader,” he said.

“We have a good support team as well which has a wealth of experience and knowledge not just at the international level but also at IPL. That put together is great and am happy with the start we’ve had… Looking forward to his leadership, under him we can go all the way in IPL 2020.”

The KXIP team has been practicing at the ICC Academy in Dubai and will play Delhi Capitals in the first game of IPL 2020. Follow InsideSport.co for all LIVE UPDATES on IPL and the below link to follow the score, news and commentary of IPL 2020.