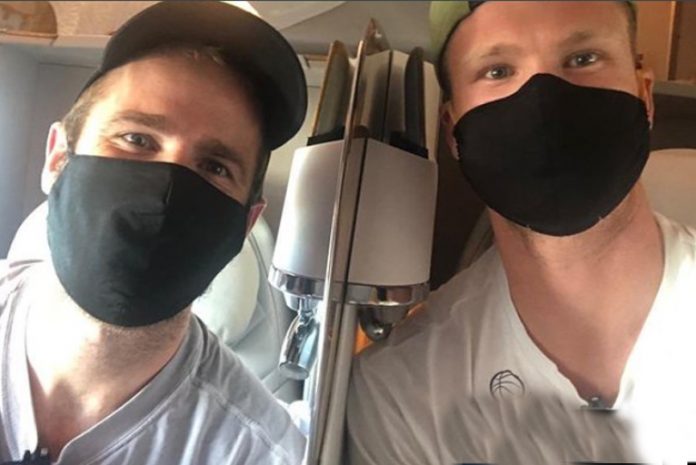 Look who’s on his way to UAE ??#OrangeArmy #IPL2020 pic.twitter.com/ULHyOXOLps

The IPL 2020 is slated to be held from September 19 to November 10 in the UAE across three venues — Dubai, Abu Dhabi, and Sharjah. The Kiwi skipper shared a photo of himself with Neesham in the flight on Instagram and captioned the post as: “First trip in a while! Looking forward to catching up with the Orange army.”

On Wednesday, Williamson had said that COVID cases within Indian Premier League (IPL) franchises raised some “apprehension” about the tournament. “Obviously that’s bad news. You don’t want to hear anybody has COVID. I hear they are predominantly asymptomatic, so hopefully, through another lockdown period, they can come through and we’ll be okay. There’s a little bit of apprehension, certainly as you get nearer to the time…you start thinking you do have to be extremely vigilant and disciplined,” ESPNCricinfo had quoted Williamson as saying to Radio New Zealand.

New Zealand Cricket’s CEO David White has said that the board is keeping a tab on the situation in the UAE. He added that the board is in constant touch with the BCCI as well. “We’ve been in close contact with the BCCI, we are very comfortable with all the process they have in place. Likewise, with the CPL, we’ve got nine players there at the moment and they’ve been very vigilant with their systems as well. We’re in close collaboration with all the member countries around the world,” ESPNCricinfo quoted White as saying.

“13 personnel have tested positive of which 2 are players. All the affected personnel as well as their close contacts are asymptomatic and have been isolated from other team members. They are being monitored by the IPL Medical Team,” the BCCI had said in an official release. The initial phase of IPL 2020 would be played without fans, and all the teams would be staying in a bio-secure bubble as a precautionary measure against the coronavirus.