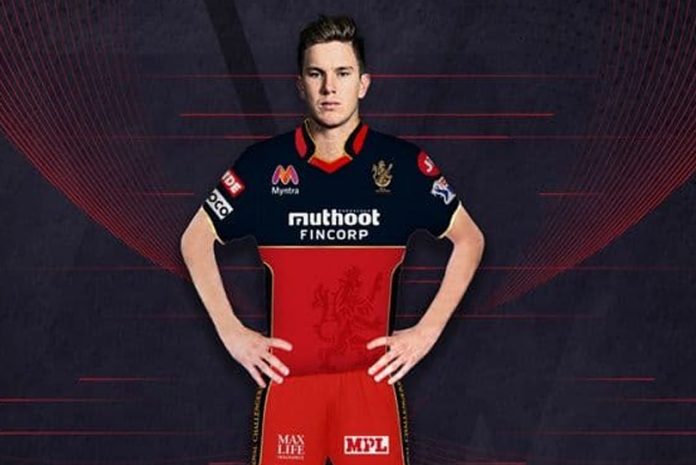 Australian fast bowler Kane Richardson has turned his back on a lucrative Indian Premier League contract to remain at home with his partner for the birth of their first child.

Richardson stood to earn 4 Cr to appear for Royal Challengers Bangalore, but has walked away from that contract with wife Nyki due to give birth in the middle of the IPL season.

Fellow Aussie bowler Adam Zampa has been drafted in to replace him.

Royal Challengers Bangalore coach Mike Hesson said it was a no-brainer to allow Richardson to walk away from his deal.

“We are disappointed to not have Kane’s skills with us this IPL as he’s certainly on top of his game,” Hesson said.

“However, once we found out Kane and Nyki‘s baby was due during the IPL, it’s an exciting time and we were fully supportive of Kane wanting to be at the birth of their first child.

“When looking at our squad for UAE conditions, we felt it was an opportunity to bring in another quality leg-spinner in Adam Zampa to provide cover for (Yuzvendra) Chahal and also give us extra options if conditions suit spin as expected during the tournament.”

IPL 2020 : Apprehensions, fear among the IPL 2020 players growing by the day
Already some of the IPL players are apprehensive to join squads in UAE because of Covid-19.
Another Covid-19 positive case will add to the growing apprehension among players as it also comes on the back of Suresh Raina’s decision to pull out of IPL due to ‘personal reasons’.
Earlier this week, CSK’s Australia pacer Josh Hazlewood raised an alarm about the issue, saying that the Aussies will take a final call on whether to travel to the UAE after consulting Cricket Australia. Hazlewood’s concern was also echoed by New Zealand captain Kane Williamson too on Wednesday even as he prepares for his stint with the Sunrisers Hyderabad. He is scheduled to fly out to the UAE on Thursday.