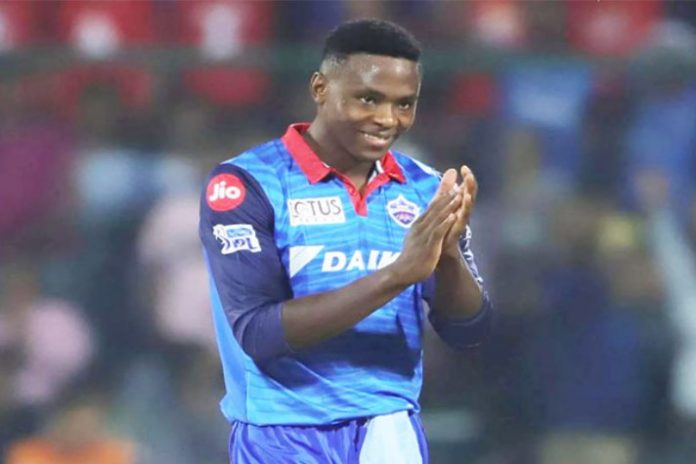 IPL Franchise,Delhi Capitals Kagiso Rabada is super excited for upcoming season of Indian Premier League (IPL 2020).Rabada, who is known by the nickname KG, is a fast bowler who made his IPL debut for the Delhi franchise in 2017 but unfortunately he missed the entire 2018 season.

Rabada admits he needed the break that the lockdown provided. “I really, really enjoyed it. It’s been five years of non-stop cricket, so I loved being home. To be honest I was in no rush to get back. But we are also sportsmen, and we are always competitive and once you get back into it those juices flow naturally,” Rabada was quoted as saying by iol.co.za.

Rabada has played quite a lot of cricket into the last six years since making his debut in a T20 match against Australia in Adelaide in 2014. He’s played a total of 142 matches – 43 Tests, 75 One-Day and 24 T20 Internationals.

Last season, he acknowledges, wasn’t his best with the national men’s side struggling amidst an administrative meltdown at Cricket South Africa which still hasn’t been resolved. “We didn’t have the best year and I didn’t have the best year but we finished on a strong note against Australia,” he said of South Africa’s last competitive action – a 3-0 sweep in an ODI series that finished on March 7.

Rabada wasn’t in the squad for that series, his season having ended with a groin injury. It had been a frustrating summer, that started with a tour to India that’s best forgotten, where Rabada, after helping the Proteas tie the T20 series 1-1, then struggled to make an impression in the Tests, claiming seven wickets at an average of 40.71.