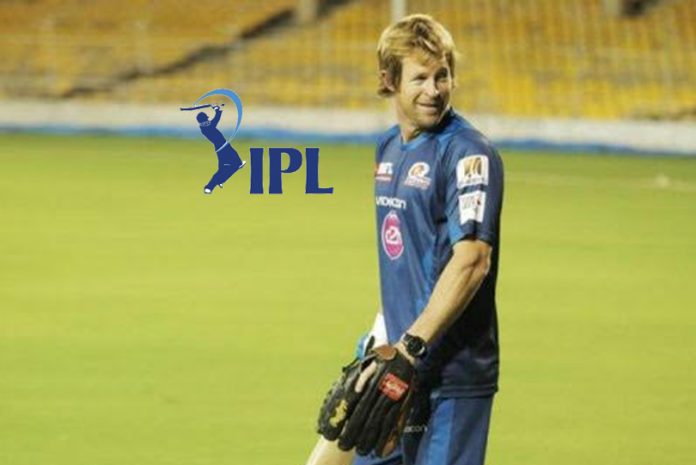 Former South Africa batsman Jonty Rhodes has declared IPL 2020 is must in the calendar season. The ace fielder of his time Rhodes said it is hard to imagine cricket calendar without Indian Premier League season part of it.

Speaking about the 13th edition of the IPL which currently stands postponed, the former Proteas cricketer hoped that the tournament could take place by the end of the year once the situation improves.
“It is very difficult to think of passing the year without IPL. It has been an integral part of the cricket calendar since 2008. From the very beginning, BCCI tries to stage IPL every year,” said the 50-year-old.
Also Read: IPL 2020: Closed door IPL can be blessing in disguise for fantasy sport says…

“IPL is also very important financially and regarding the future of the players as well. The best players in the world play in it. So it is hard to imagine a year passing without it. To me it is meaningless to expect the cricket calendar without an IPL.

But can we have IPL this year ? According to Rhodes it is a possibility by the end of year but it will be challenging for the TV producers to create atmosphere for the tournament on Television audience.
“Hopefully by the end of the year, the situation will improve and we can watch the IPL. We know that it will be played in empty stadiums. This time it will be for TV. It will be interesting to see how TV producers create an atmosphere without an audience,” he added.
IPL 2020 : Rhodes says it will be challenging for players as well without crowds in IPL

Not only this Rhodes feels playing in front of empty stands will not have that much of an impact on players in Test matches as compared to ODI or T20Is as they are used to less crowd while playing red-ball cricket.

In the wake of COVID-19 pandemic, international cricket made a return on Wednesday after a 117-day hiatus with England taking on the West Indies in the first Test of the three-match series at the Ageas Bowl in Southampton. New ICC regulations have also come in place, including saliva ban and playing behind closed doors.

“I think in T20 cricket, fans and the atmosphere have an impact on the player. Many a times, it changes the attitude of the player as they get inspired by the support of the fans,” Rhodes told IANS in an exclusive interview.

“First-class cricket takes place in an empty stadium. If you look at Ranji Trophy in India, there are no fans. But when it comes to Test cricket, I think that the players will play with full competitive spirit whether fans are there or not.

“Yes, you will need some players in the team who keep on speaking continuously, but I don’t think Test cricket will get that much affected because of the absence of fans in the stadium as players have a habit of playing Test matches in front of less audience,” he added.

Rhodes also expressed his opinion on the T20 World Cup, slated to be played in October-November in Australia, but has come under cloud because of the global health crisis.

“In IPL, it will be that the players will come from outside, they will be quarantined, the teams will get tested, but the fans in the IPL will be from India.

“Whereas with the World Cup, it is the fans of other teams who will also come to watch the match. It would be very difficult to stage the tournament in such a situation. The Olympics has also been postponed due to this pandemic. Looking at the current situation, I think there are dark clouds on the T20 World Cup,” he added.