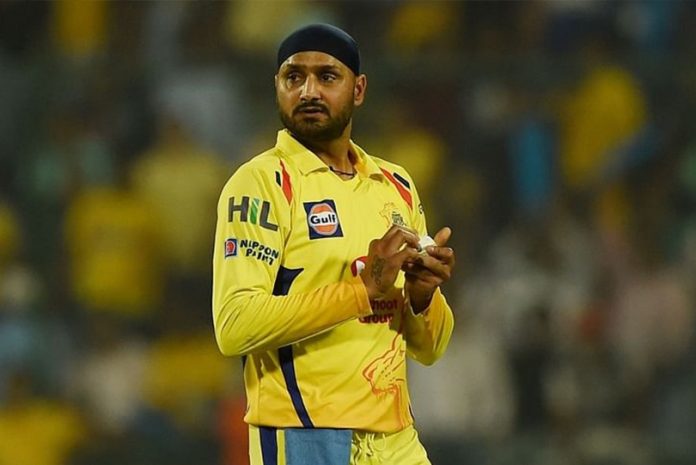 The Indian Premier League’s 13 edition (IPL 2020) has already heaped lot of misery on the 3 time league champions Chennai Super Kings (CSK). But unfortunately, still their problems are not ending anytime soon.
Now, InsideSport is learning that CSK’s lead spinner Harbhajan Singh is doing a rethink on whether to play IPL 2020 or give it a skip.
CSK which has already lost services of team’s most experienced batsman Suresh Raina, now may also have to play without their most experienced bowler in the squad i.e Harbhajan Singh.
Bhajji skipped the CSK camp in Chennai and is yet to join the squad in UAE. According to a source close to the former Indian spinner Harbhajan is scheduled to fly on Tuesday for Dubai but Covid-19 cases in CSK team may lead his to do a rethink about his plans.
“Harbhajan is due to join the team on Tuesday. But the situation with Chennai Super Kings currently, has left him very worried. He may rejig his schedules or even decide to skip the IPL this year”, said the source close to the player.
InsideSport tried reaching out to Harbhajan but did not get any reply from him.
According to few reports, few other senior foreign players of CSK are also getting apprehensive about the whole situation. Already for CSK Raina is out, Deepak Chahar and Ruturaj Gaikawad have tested Covid-19 positive and currently in quarantine. CSK is not in position to afford any more loses.
Not only this, mud-slinging & blame game in the Chennai camp has also started by none other than team’s owner and former BCCI president N. Srinivasan.
IPL 2020 : CSK owner Srinivasan unhappy with Suresh Raina’s conduct and sudden departure from UAE
The mud-slinging and blame game has begun in CSK by none other than team owner N. Srinivasan.
The owner of the CSK team has sensationally charged Suresh Raina of behaving like ‘prima donna’ who left the team in lurch. Not only this, the former BCCI president referring to Raina’s sudden departure said, ‘sometimes success gets into your head’
Reason – according to a report by Outlook, Raina was unhappy with the hotel room he was given. The veteran all-rounder was finding the stiff protocols of the bio-bubble claustrophobic and wanted a similar room that Dhoni had been provided.

Raina left the team on Saturday citing “personal reasons,” but murmurs of a ‘rift’ between him and skipper MS Dhoni have surfaced.

“Cricketers are like prima donnas … like the temperamental actors of the olden days. Chennai Super Kings have always been like a family and all seniors players have learnt to co-exist,” said Srinivasan.

“My thinking is that if you are reluctant or not happy, go back. I don’t force anyone to do anything … sometimes success gets into your head,” Srinivasan said.

Contrary to Srinivasan’s charges, on Sunday morning Raina’s close friend had declared that the southpaw left for India all of a sudden because he was fearful of the Covid-19 situation and was really missing his family.

In an interview, Ajay Sethi, chairman of the Channel 2 Group which holds broadcast rights of major cricketing events in the region and a family friend of the Raina disclosed, ‘‘Suresh (Raina) called me back after repeated messages from me during the day. He decided to leave the CSK camp suddenly as he was getting concerned about his wife Priyanka and their two young children, four-year-old daughter Gracia and four-month old son Rio in view of the pandemic situation.