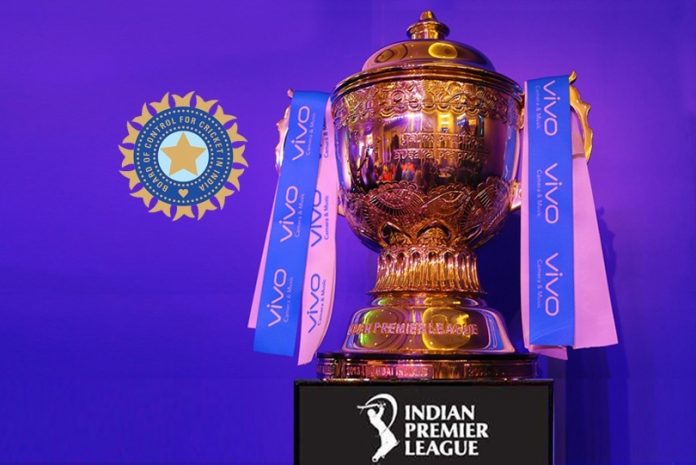 If the Indian Premier League 2020 (IPL 2020) season has any one thing certain at this stage, that is ‘uncertainty’. The Board of Cricket Control of India (BCCI) has decided on the tentative dates for the IPL 2020. The BCCI president himself had declared via a letter to his own member associations on June 10th that the board is all geared up for the IPL season.

Still even 20 days down the line – the IPL 2020 is as uncertain as it was earlier. Not only this during this period few more unresolved issues like calls for ‘Boycott of Chinese sponsorships’ have been added to IPL and BCCI’s kitty. The question everyone asking is – How certain is IPL 2020 this season?

InsideSport has tried analyzing the situation from all corners – take a look.

The ICC playing the biggest spoilsport

If in the last 1 month someone has actually hit and hurt IPL season badly, that is the International Cricket Council (ICC). ICC’s dilly delaying on the T20 World Cup’s fate is damaging IPL 2020’s chances with every passing day.

– In the last 2 months, ICC has done 3 board meetings.

– Even ICC’s own head of commercial and financial committee, Ehsan Mani admitted that T20 World Cup is not ‘feasible’

Still the global body of cricket is sitting on the T20 World Cup decision from last two months, in process denting IPL 2020’s chances this year.

“Decision on the T20 World Cup indicate that the ICC leadership is incapable of taking crucial decisions timely. The ICC top brass needs to answer as to why they are delaying the decision. It seems that the whole world other than them are aware that it is not practical to hold the tournament as per existing schedule,” one of the BCCI official was quoted on Friday.

Question is, when will ICC finally pronounce their decision on the World Cup and when will the BCCI move ahead to officially announce the IPL 2020 season.

Each passing day will keep diminishing the hopes of IPL 2020.

Sourav Ganguly had openly declared that BCCI is looking at all options to conduct the IPL 2020. Season without the crowds or overseas venues, BCCI is ready to work on all the options. But the big question, is Covid19 spread actually leaving them with any option?

There is not even a single IPL franchise city or state which currently is not suffering from the menace of Covid19. Bigger the franchise city, bigger is the Covid19 suffering. According to the experts we are still few weeks away from the peak of infection menace.

With only limited mode of transport currently, international traveling completely standstill, most of the IPL players still confined to their homes, IPL franchises still in a un-operative state, the offices of BCCI themselves not completely operational – in such a state one of the senior member of the Chennai Super Kings franchise asks how should we plan ?

“All of us want to play IPL. You ask any stakeholder, they will show their keenness. But as a franchise, how should we plan. We can’t plan for the future in this kind of atmosphere. There are too many ifs and buts”, said CSK official.

InsideSport had earlier reported that IPL broadcasters Star India is so ‘miffed’ with the uncertainty around IPL 2020 and T20 World Cup that they have shot off letters to both the governing bodies requesting them for definitive answers on the way forward.

Star India has pledged huge amounts for the IPL rights. One can easily say that 65% revenues of the entire IPL ecosystem comes in from Star India’ side. The broadcaster in turn has to recover their monies from the advertising market.

“Star India is understandably miffed with the situation. These are no small rights, huge commercial values are attached to it. For IPL Star has to collect 3000 crore from the market, it can’t be monetized at the drop of hat. Market anyway is very tough, schedules should be finalized ASAP or Star will have to face big loss on account of this delay”, said one of the sources who is privy to the mails sent to BCCI and ICC

In such a scenario, it is quite understandable more the delay – more it will get difficult for the broadcaster to commit on the season this year.

This is the frame of mind advertisers are in for the IPL 2020 season. Almost each and every category has suffered due to Covid19. The pain for some has eased down a bit but the positivity in market will stay amiss for the next couple of months. Now if this kind of a market is asked to back IPL not once but twice in a period of 4-5 months, isn’t too big a ask?

Even the franchise partners of IPL admit that the advertising and monetization will be under pressure.

“No question you are going to see short term sponsor and advertiser pressure” says Manoj Badale, Owner of the Rajasthan Royals.

“The TV revenue will still come in, gate revenue is something that everybody will have to take a hit on. To some extent, there will be a hit on the sponsorship market as well, at least that’s how we see things”, said JSW Sports CEO Mustafa Ghouse, the company is part owner of the IPL’S Delhi Capital franchise.

IPL has always demanded and commanded the price, but the market as industry suggests is currently at a stage where buyer or the advertiser will decide the pricing. Over and above all this, if you add the calls to boycott the Chinese brands on IPL 2020, commercial scenario for the IPL and its stakeholders becomes grimmer.

Under these scenarios IPL 2020’s economics will take a certain hit.

BCCI is completely capable of conducting IPL 2020 even with the limited time at hand. They have done that in past too. But this time the situation is unprecedented. The pressures are political, financial, related to logistics, health and safety and above all the ICC’s pending decision on T20 World Cup.

Under these circumstances it will be nothing less than magic for BCCI to still pull off IPL 2020 this year.