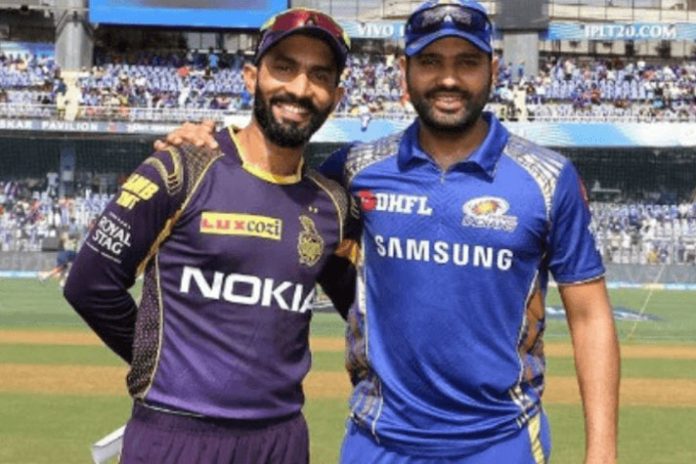 The IPL 2020 will witness one of the most awaited clashes between Kolkata Knight Riders (KKR) & Mumbai Indians (MI) tonite @ 7.30 PM. The IPL’s tagline of BEST vs BEST will be on full display as Mumbai’s biggest stars take on multi-million earning stars from KKR.

The good news for the KKR squad is that all uncertainty surrounding their star players from England & Australia is all thing of the past now.

Kolkata Knight Riders CEO Venky Mysore confirmed on Tuesday that all the England and Australia players involved in their squad will be available to play the team’s opener against Mumbai Indians on Wednesday.

Three of their international players, Eoin Morgan, Pat Cummins, and Tom Banton had arrived in the UAE to join the KKR squad on September 17 after the completion of Australia’s limited-overs tour of England.

The KKR CEO confirmed that the three players will end their quarantine on Tuesday, and therefore will be available to play in the team’s opener on Wednesday.

Morgan and Cummins are also expected to feature in the playing XI against the Mumbai Indians. Both the players were in great form in the recent white-ball series in England, and are likely to add the much-needed balance to the KKR squad.

The Australian Pat Cummins was brought by the KKR for Rs 15.5 crore at the player’s auction last year and is expected to boost their bowling line-up.

Eoin Morgan is likely to bat in the middle-order for the Knight Riders along with skipper Dinesh Karthik.

The availability of the three players was earlier in doubt due to the difference in isolation rules in Dubai and Abu Dhabi.

While in Dubai, the England and Australian players were required to only undergo a 36-hour quarantine as they were arriving from a bio-secure bubble in England, for the players arriving in Abu Dhabi, they had to undergo the six-day mandatory quarantine, as per local laws.

Kolkata Knight Riders and defending champions Mumbai Indians are the two teams based out of Abu Dhabi, while all other teams are based out of Dubai.

KKR vs MI IPL 2020 LIVE: Where to catch KKR vs MI Live Streaming?

The match between Kolkata Knight Riders vs Mumbai Indians will be live broadcasted on Star Sports Network in the Indian Sub-Continent. The MI vs KKR will also be Live Streamed on Disney+ Hotstar.

IPL 2020 Fans can also catch the KKR vs MI Live Score & Ball by Ball Updates on InsideSport.co by following this link –