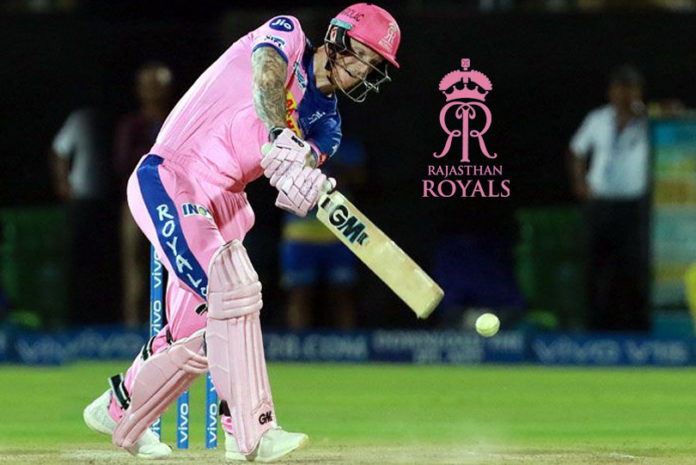 Rajasthan Royals fans can breath a sigh of relief. On Tuesday Steve Smith’s team defeated Chennai Super Kings in their opening match of IPL 2020 and now another good news is landing at their doors. Ben Stokes, the most marquee player of the world cricket currently is joining the team soon. The star England allrounder will be joining the team in the first week of October in Dubai.

According to a report by UAE based Gulf News, well placed sources have confirmed to the publication that Stokes is expected to arrive early in October. The report further elaborates that Stokes will be available for 10 of the 14 league games for Rajasthan Royals.

IPL 2020 : When is Ben Stokes joining the Rajasthan Royals squad ?

The 2008 winner Rajasthan Royals played brilliantly to defeat formidable Chennai Super Kings in their first IPL game in Sharjah on Tuesday. The victory was achieved without the star all-rounder Stokes & Jos Butler. Royals play Kings XI Punjab next in Sharjah on September 27.

Butler is currently in quarantine and should be available to play the games against KXIP. But for Stokes, Royals will have to wait till October first week according to the report.

Stokes, who missed England’s last two Tests against Pakistan and then skipped the entire white ball series against Australia, is now in New Zealand to be with his ailing father Ged. Stokes’s father was hospitalized last December in South Africa during England’s tour, and has since been known to be recuperating in Christchurch, New Zealand.

InsideSport also tried reaching out to Rajasthan Royals team management on clarity on arrival of Stokes in UAE but did not get any clear cut reply from the team.

In case Stokes join by the first week of October, Royals will be a very formidable unit with players like Smith, Butler, Archer and Stokes playing in the same team.