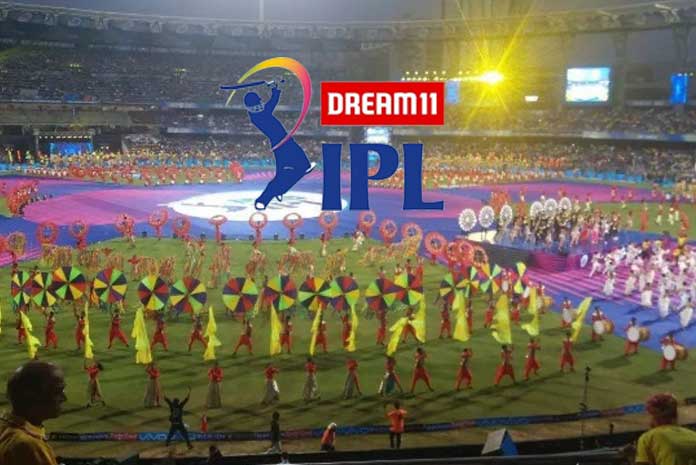 The official broadcaster of the Indian Premier League (IPL 2020) is expecting 550Mn+ viewership on the 13th edition of the league. The market is expecting that IPL 2020 will deliver unprecedented ratings this year.
The lucrative Twenty20 cricket competition that has been delayed several months, it’s now set to roll tonite in the United Arab Emirates because of the Covid-19 pandemic. In the original concept, it was a made-for-television event and due to Covid-19 it will get limited to television only event as the fans are not allowed in the stadium.
With no spectators allowed to start with, it will be a major TV-viewing experience for India’s cricket-loving population and fans across the world.
This global festival of cricket’s biggest stars playing in a snack-size version of the game will get underway on Saturday with defending champions Mumbai Indians against Chennai Super Kings in Abu Dhabi.
Also Read: This Year’s Viewership Will Be Highest Ever: IPL Chairman Brijesh Patel
But can IPL 2020 deliver as per the hype ?
Though the BCCI, broadcaster and the street all are expecting IPL 2020 to deliver huge numbers. But can it actually happen ?
During the pandemic whatever sporting event started it saw one particular trend. The viewership ratings in the first week of the event has always seen a huge upsurge, but it dropped as the tournament / league progressed. It happened with Bundesliga, Premier League, with La Liga and more recently with US Open Tennis.
After a good opening, US Open Tennis could not sustain the hype over two weekends. With few big names missing out tournament saw a drop of almost 50% on the ratings charts in US.
Without any doubt the Indian cricket audiences are LIVE action starved. The rating surely will see jump in the first week of IPL 2020 but the real challenge will begin as the league will progress into its second week.
It will be huge challenge for the BCCI and the league broadcasters to sustain the ratings with empty stadiums on screen.

IPL 2020 : Big stars including Virat Kohli are in UAE since last 4 weeks, are they back in shape ?

Another challenge for the IPL 2020 would be are the players back in the shape after a long break of 6 months.

India captain Virat Kohli, who plays for the Royal Challengers Bangalore, and most of India’s top players have been in the Emirates since late last month. They’ve been in quarantine and slowly getting into match shape for the first time since a tour to New Zealand finished in Test series loss in early March. A series in South Africa was cancelled when international sports was shuttered at the start of the coronavirus outbreak.
Some players have already warmed up in the Caribbean Premier League, which ended with the Trinbago Knight Riders winning the title undefeated in 12 matches. An influx of stars from Australia and England arrived late. The likes of Australians Pat Cummins, David Warner, Steve Smith and Glenn Maxwell finished a limited-overs tour of England with a win in the one-day international series against the world champions on Wednesday.

Eoin Morgan and Jofra Archer are among the England players who have been in the so-called bio-secure bubbles at times since international cricket resumed and who will also have to isolate again before joining the IPL.

“With time, you just got used to it,” he said of his first days preparing for the IPL in the UAE. “As sports people, you’re used to having a rush, of training or going to the field. More than the skill part, I miss that camaraderie of coming to a dressing room, or a team bus, or talking to everyone about cricket.”

He noted some of the changes to touring, such as the regular testing for Covid-19, the temperature checks and faces masks, but said the protocols were imposed for the safety of everyone involved.

“It’s our responsibility and prerogative as players to adhere to all of the things that our management demands of us so that we can have a good, happy and safe IPL,” Yadav said.

India had to take the world’s richest domestic tournament offshore again — the second edition of the IPL was staged in South Africa in 2009 — because of the surging impact of the virus on the world’s second-most populous country and the travel restrictions that has caused.

India’s health ministry has confirmed the nation’s total cases have risen above 5.1 million since the pandemic began. At the current rate of infection, India is expected within weeks to surpass the 6.6 million reported cases in the United States, currently the country with the most reported infections.

Nationwide, India is testing more than 1 million samples per day, although restrictions have been eased since the heavy early lockdown.

Since the start of the coronavirus pandemic, the seven sheikdoms of the United Arab Emirates have taken different stances toward lockdowns and limiting movement. The skyscraper-studded, tourist-dependent city-state of Dubai reopened for visitors in July and has actively courted travelers. Meanwhile, Abu Dhabi has closed its borders and still requires anyone coming in to have had a coronavirus test result within the last 48 hours.

In recent days as schools resumed classes, the daily number of confirmed coronavirus cases has gone as high as 1,007. Authorities responded by warning lockdowns could resume and fining those flouting rules, though restaurants and bars serving food remain open.

There’ll be 56 games in 46 days for the round-robin format, which concludes on November 3. The final is scheduled for November 10, giving the players from Australia and India a brief break before India’s scheduled Test and limited-overs tour Down Under.

In middle of all the issues if IPL 2020 can deliver as it always has – it will be only because of the unflinching love that the Indian audiences has for the sport of cricket.