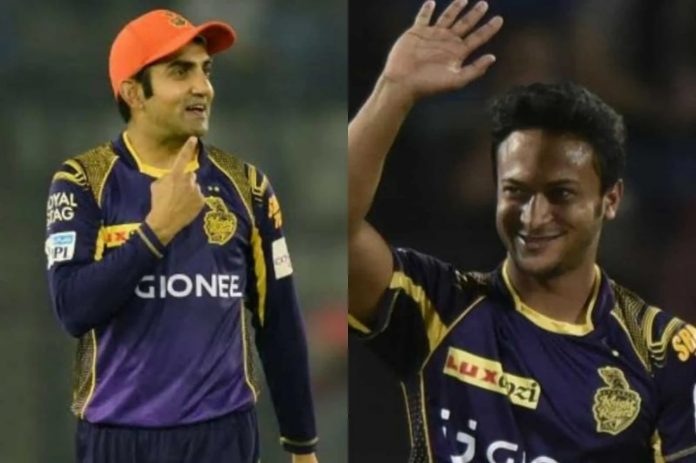 Bangladesh cricket superstar Shakib Al Hasan might be away from cricket but the game and its memories remain close to him. In a conversation with cricket expert and commentator Harsha Bhogle, the all-rounder picked his Indian Premier League (IPL) XI, featuring only those players he played with in the T20 league.

It’s been a while since Shakib was seen donning the cricket jersey. While all of the other cricketers have also been confined to their respective homes, for Shakib, this non-cricketing period has nothing to do with Coronavirus. The all-rounder who mesmerised everyone with his skills in the 2019 ICC World Cup, was banned for two years for breaching the ICC Anti-Corruption Code in October last year. Since then, COVID-19 or not, he has been away from the cricketing spectrum.

In a chat with Harsha Bhogle on Cricbuzz, Shakib spoke about various aspects of the game. Be it the memorable 2019 World Cup, the suspension or even his experience in the IPL, the veteran cricketer always had a smile on his face no matter which topic he was talking about.

When Harsha asked him to pick his favourite IPL XI, Shakib admitted to have had a great difficulty which saw him miss out on a few great players too. Yet, he managed to formulate his XI featuring teammates from Sunrisers Hyderabad and Kolkata Knight Riders.

In the opening department, Shakib went with the pairing of David Warner and Robin Uthappa while Gautam Gambhir – named the captain of the side – came in at No. 3 spot.

Sunrisers Hyderabad’s Manish Pandey slotted in at No. 4 while Shakib himself followed him at No. 5. Hard-hitter Yusuf Pathan – who has played for both KKR and SRH – was the 6th player on the teamsheet.