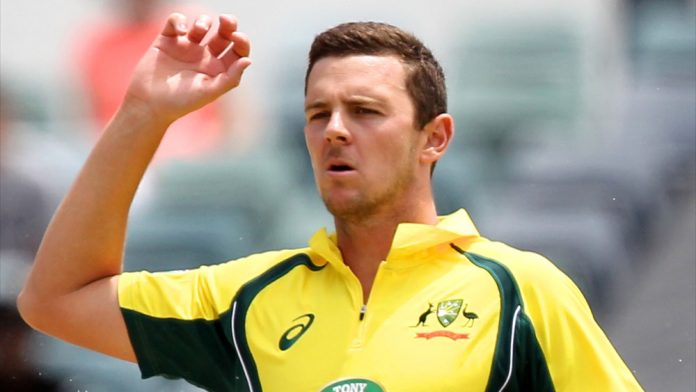 The outbreak of Covid-19 ahead of the 13th edition of the Indian Premier League (IPL 2020) has sent players and management into frenzy and panic.

Australian pacer Josh Hazlewood, who will be donning the CSK outfit for IPL 202  admitted concern over the Covid-19 outbreak in the Chennai Super Kings camp in UAE and revealed that everyone’s been kept in the loop about developments via WhatsApp.

“We have a WhatsApp group with all the information that comes through, it’s obviously a little bit of a concern,”

Hazlewood is currently in the UK alongside the rest of the Australia squad to feature in a limited-overs series against England. Once the tour concludes on September 16, players from both sides with IPL contracts are due to fly to the UAE.

Amongst the foreign players, only Shane Watson has reached UAE while the remaining players are yet to depart for their IPL 2020 journey.

Hazlewood isn’t the only one and Sunday morning Raina’s close friend had declared that the southpaw left for India all of a sudden because he was fearful of the Covid-19 situation and was really missing his family.

CSK’s lead spinner Harbhajan Singh is doing a rethink on whether to play IPL 2020 or give it a skip.
CSK which has already lost services of team’s most experienced batsman Suresh Raina, now may also have to play without their most experienced bowler in the squad i.e Harbhajan Singh.
Bhajji skipped the CSK camp in Chennai and is yet to join the squad in UAE. According to a source close to the former Indian spinner Harbhajan is scheduled to fly on Tuesday for Dubai but Covid-19 cases in CSK team may lead his to do a rethink about his plans.