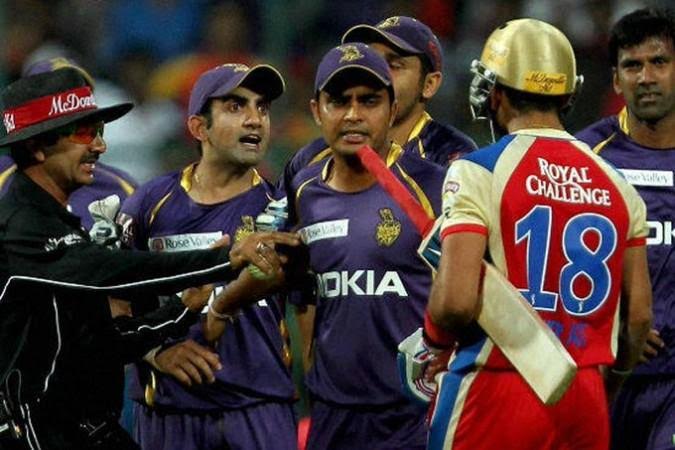 The 13th edition of Indian Premier League (IPL 2020) is all set to begin from September 19 and fans are eagerly waiting for the retun of the the most important and powerful T20 league in the world after it got delayed due to the COVID-19 pandemic.

It is no hidden fact that the intensity of the competition is very high due to which players often lose their cool on the field which causes some ugly fights and some really blistering brawls during a game.

Here we take a look at top 5 ugly fights between Indian players in the history of IPL: 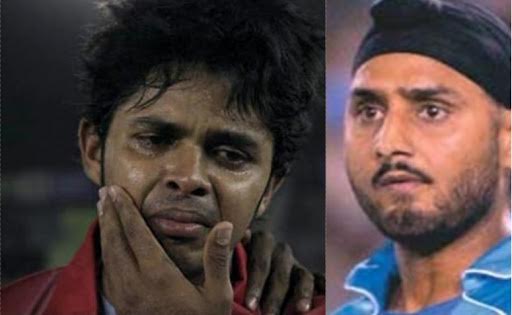 The inaugral season of the IPL was marred by the controversy which involved Indian spinner Harbhajan Singh, who was then playing for Mumbai Indians, slapping Indian pacer Sreesanth, who was the part of Kings XI Punjab.

The incident took place after KXIP defeated MI and Sreesanth reportedly needled Harbhajan about the loss and the latter, in a widespread anger, responded with a slap across the face of the fast bowler.

While the IPL didn’t release the main footage of the incident, a crying Sreesanth was all over the TV screens.

The clash between Royal Challengers Bangalore and Kolkata Knight Riders during the sixth season of IPL saw an ugly fight between Delhi cricketers Virat Kohli and Gautam Gambhir.

The incident took place during RCB’s chase when Kohli struck Pradeep Sangwan for two sixes and in an attempt to make it three in a row, he perished.

KKR were exhilarated after removing Kohli, who was miffed after the exuberant celebration of the players of Kolkata-based franchise.

So, instead of walking towards the pavilion, Kohli walked towards the bowler with a handful of a mouthful tow but Gambhir was not having any of it and immediately went to defend his bowler as he walked towards Kohli to confront him.

Interestingly, both Gambhir and Kohli were captaining their respective sides when the incident took place and post the match they played down the incident and admitted to a Level One offence (Article 2.1.4) for using language or a gesture that is obscene, offensive or insulting during the match. 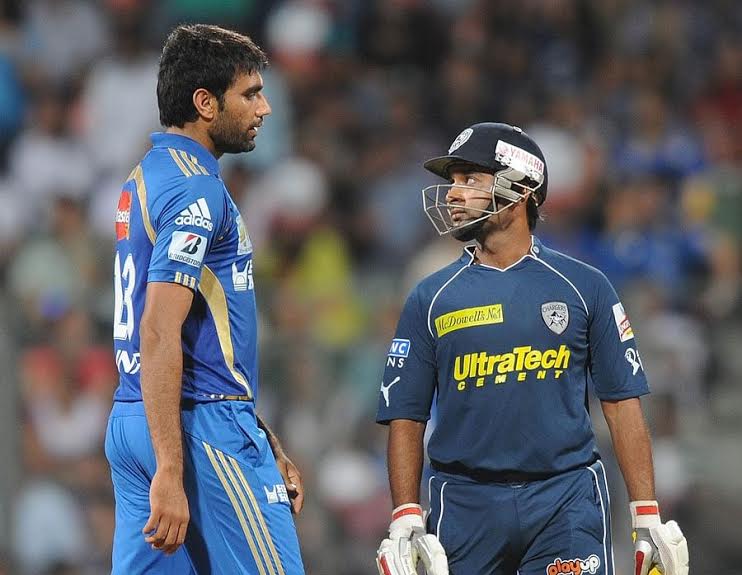 A heated exchange took place between two India teammates – Munaf Patel and Amit Mishra when Deccan Chargers were taking on Mumbai Indians during the fourth season of IPL.

Coming in as tailender for DC, Mishra struck a six and a four off then MI pacer Munaf in the last over of the innings. Apparently, Munaf failed to take it and indulged in a verbal dispute with Mishra. If this was not enough, both the cricketers collided against each other which turned the event even more nasty and ultimately umpires had to intervene to separate the two players. 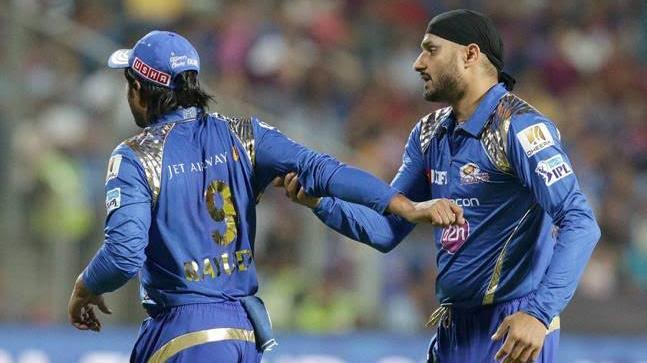 Both Harbhajan and Rayudu were playing for the Mumbai Indians in the 2016 edition of the IPL and in one of the fixtures of the tournament, the two players had a heated exchange on the field following a blip on the field.

Rising Pune Supergiants’ batsman Saurabh Tiwari pulled a short ball from Harbhajan and Ambatu Rayudu despite his valiant efforts couldn’t stop the boundary which irked the senior off-spinner. Harbhajan, who is known for his short-temper, was furious and he yelled at Rayudu, who  yelled back at the senior bowler.

It seemed all hell would break loose as Bhajji and Rayudu charged at each other. However, it was Bhajji, who seemed to cool down in a flash. He comforted Rayudu by putting his arm around the young wicketkeeper-batsman, but Rayadu shrugged him off and walked away. 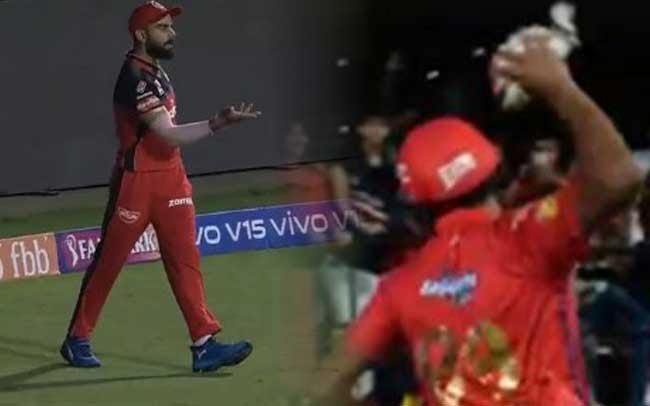 Royal Challengers Bangalore (RCB) skipper Virat Kohli is well-known for his aggressive celebrations and during clash against Kings XI Punjab in IPL 2019 the fans witnessed another animated send-off from the Indian skipper.

Chasing 202, Kings XI needed an almost impossible 27 runs from the final over in their game with RCB last night, with Ashwin facing Umesh Yadav.

The over started on a happy note for Kings XI as Ashwin dispatched Yadav for a massive six to bring down the equation to 21 from the last five balls.

Ashwin hoped for the same result on the next delivery too but he mistimed his shot and the ball went straight to Kohli, who was fielding at the long-on boundary. Kohli took the catch with ease post which RCB skipper was pumped up as he celebrated with some animation.

After the match, when asked about the send-off, Ashwin defended his equal number saying that they both are passionate players.