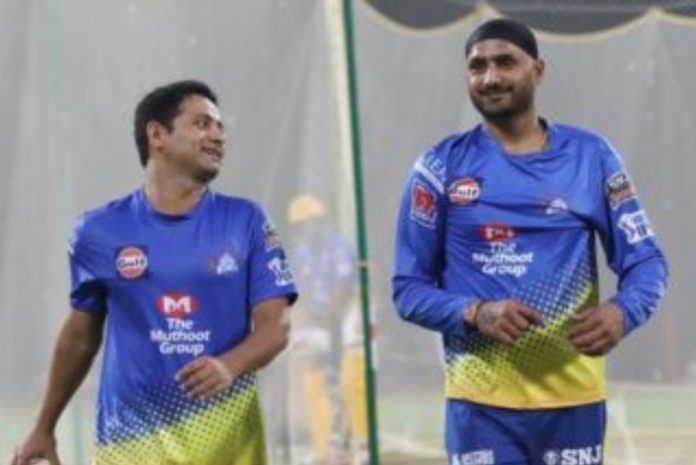 CSK had bought Piyush Chawla in the 2020 IPL auction for 6.75 crores after his former franchise Kolkata Knight Riders released him. Chawla was a part of KKR for six years.

Chawla talked about the rich experience he will be able to gain by playing alongside Harbhajan and Imran Tahir in the spin-loaded CSK side in the IPL which is set to start from 19 September in the UAE and said that it was important to have a healthy competition in the team.

“As you are talking about a lot of spinners but we all know how Mahi bhai (MS Dhoni) plays around with the spinners. So that will be really good for me and for the team,” Chawla told Cricket.com

“The good part is when I go there I will get to learn a lot of things from Bhajju Pa (Harbhajan Singh). We all know Imran Tahir, what kind of a bowler he is and his energy level even at this age. So it will be fantastic to play with these guys,” he added.

The Gujarat leg spinner also expressed the excitement of playing under the captaincy of the MS Dhoni.

“It’s always a pleasure playing under Mahi Bhai (MS Dhoni) because we all know what kind of a captain he is. He is one of the best in the world. As a bowler you enjoy playing under somebody like Mahi Bhai.”

Piyush Chawla was a part of both the 2007 World T20 and 2011 World Cup-winning sides and had played a key role in helping his former IPL side Kolkata Knight Riders (KKR) lift the trophy twice.