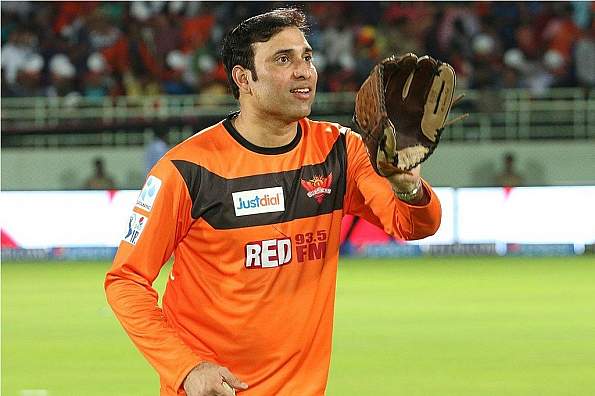 The Indian Premier League (IPL 2020) team Sunrisers Hyderabad had their first virtual team meeting on Friday, and the batting coach VVS Laxman is hoping that the team leader David Warner can join them before the first game.

Laxman informed the squad that the Australian and England players who are involved in an international fixture from September 4 to 16, will be joining the team immediately after and will be able to resume play from September 20 or 21

“Also to Kane [Williamson] and Davey [David Warner], all those who are on international assignments, all the very best and I am sure that you will be at your best when you join the franchise, starting the first game probably on the 20 or 21st [September].”

Sunrisers Hyderabad will begin their practise sessions from Saturday.

Speaking at the session, the former India batsman welcomed the team members, some of who were in the hotel in Dubai, while others like the skipper David Warner was away for an international assignment.

Laxman also acknowledged that there are challenges to playing in the current scenario, but said that the players would be looking forward to it.

“I think it is going to be a different kind of challenge [playing away from Hyderabad] but ultimately I am sure we all will be looking forward to playing the game that we love so much,” VVS Laxman said.

‘Hope to be on the field very soon’

The batsman was also hopeful that the team will be able to get onto the field very soon.

“Hopefully from the 29th [August] onwards we will be back on the cricket ground, practising and once the tournament starts we will kick off with the matches,” he told the squad.

He welcomed the other coaches including the Head Coach Trevor Bayliss and Assistant Coach Brad Haddin and informed the squad members about the other staff who will be involved with the team for IPL 2020.