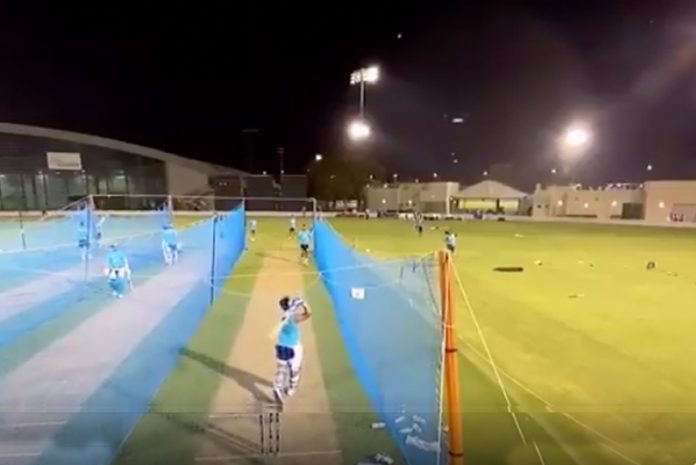 Delhi Capitals (DC) Rishabh Pant launched the ball into orbit during a training session.The Twitter handle of DC  shared the video of Pant’s shot.while sharing the video DC wrote”New footage regarding the rumoured UFO sighting over ICC Academy has been uncovered last night. It was in fact a cricket ball launched into orbit by Rishabh pant.Delhi Capital players have been training hard for the upcoming 13th edition of the Indian Premier League (IPL).They have completed the mandatory quarantine as per the government of the UAE and IPL guidelines. All franchises have begun their training in the UAE barring the Chennai Super Kings (CSK).

New footage regarding the rumoured UFO sighting over ICC Academy has been uncovered last night. It was in fact a cricket ball launched into orbit by @RishabhPant17.#Dream11IPL #YehHaiNayiDilli pic.twitter.com/QsqJOZSEGt

Ponting had arrived in Dubai last week and oversaw the first training session of the Delhi Capitals players after spending six days in quarantine. He had arrived later than the rest of the squad that came from India.DC said that Ponting met the squad and conducted the training session at the ICC Academy in Dubai. The rest of the team, meanwhile, had started training last week on Saturday.