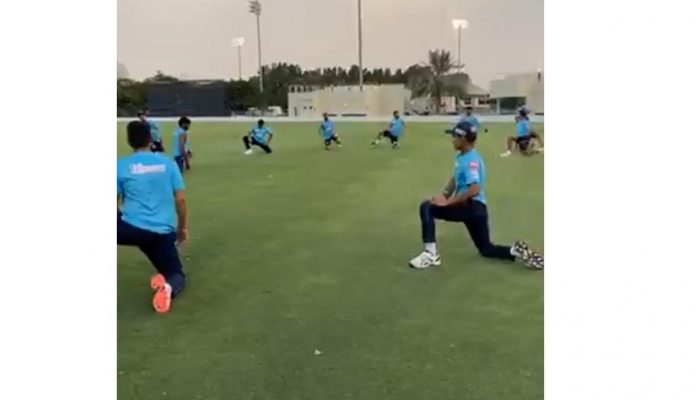 Players participating in the 13th edition of Indian Premier League (IPL 2020) are rusty due to a long period of inactivity and earlier today, Delhi Capitals took to the nets for their first-ever training session regain their fitness and skill levels.

Delhi Capitals assistant coach Mohammad Kaif in an Instagram video introduced the fans to the DC camp as the players could be seen starting with some light stretching after months of staying indoors.

Shreyas Iyer-led Delhi Capitals squad having completed the mandatory quarantine period in their respective hotel rooms in Dubai, UAE, the Delhi Capitals’ squad and support staff as they took part in their first nets session.

Earlier Delhi Capitals bowling coach Ryan Harris arrived in Dubai on Friday ahead of the upcoming Indian Premier League (IPL) 2020. Team’s head coach Ricky Ponting arrived in Dubai on Thursday while the Indian players and members of the support staff of the franchise reached on Sunday for the tournament.