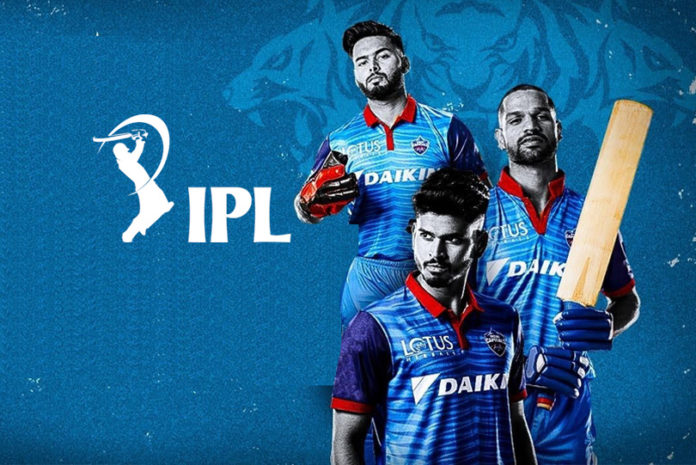 Delhi Capitals’ announced that the team has already matched its 2019 revenues, owing to numerous new and existing sponsorship deals.

According to Brand Finance, the world’s leading independent brand valuation consultancy, the Delhi-based franchise witnessed the highest growth in brand valuation in 2019. Despite initial commercial uncertainties surrounding this edition of the IPL, early signs indicate an even more successful 2020 as the team’s jersey branding assets have acquired equal or higher value than in 2019.

The JSW and GMR co-owned franchise is tipped to be a serious title-contender for the Indian Premier League (IPL) 2020 with a well-rounded squad featuring marquee Indian and international players. This has further boosted confidence among the brands who have come on board to support the team in its maiden title quest.

Currently, the Delhi-based franchise has 16 partners, including title sponsor JSW Group who consider this platform to be an ideal fit to promote its shift towards consumer-focused brand initiatives. In the lead-up to the tournament Delhi Capitals announced deals with multiple brands across different categories including Ebix Cash, APL Apollo, Acko General Insurance, Colgate, Livinguard, Nissin and OK Credit. The franchise has also signed valuable licensing associations with industry leading brands like Kotak for credit and debit cards, Boat for music accessories and Fancode for merchandise and deeper fan engagement.

Given the unique circumstances and challenges posed by the pandemic, the focus of this year’s sponsorship activation is on maximizing community engagement and forging meaningful and innovative collaborations. One such example is the ‘Vocal for Local Campaign’ launched in association with Ok Credit, the team’s Official Digital Credit Ledger. The integrative campaign aims to empower iconic, small business vendors across the city that have been impacted by the lockdown, via digital solutions.

In another first, the team also announced Livinguard as its Hygiene Partner, ensuring safety of the players on and off the field, while also encouraging adherence to health and safety protocols to battle the virus. The team’s association with Indian innerwear brand Bodycare, also sees them support the message of body positivity and shed light on pertinent issues like body shaming prevalent in society.

As the tournament is being held in UAE under strict restrictions, the team is adapting to maximize the outreach and amplification potential of digital and content led activations for their partners. With the one of the highest growing social media followings across all teams, the franchise is utilizing social media marketing and branded digital content, along with virtual player interactions, to ensure maximum value for sponsors and the team alike.

Dhiraj Malhotra, CEO Delhi Capitals, said, “The combination of the most highly awaited edition of the IPL, along with Delhi Capitals’ strong squad has inspired a lot of confidence in the market and made our franchise an ideal avenue for Indian and International brands that are looking to associate with a young and dynamic team. We are thankful to all our partners. Their support further motivates us to clinch the title.”

The 13th edition of the IPL, finally kicked off on the 19th September after a 6-month delay. The highly anticipated tournament is expected to attract record viewers from across the world on television and digital platforms. With no other live sports or entertainment events happening in India, IPL is set to be the biggest television event of the year, while also coinciding with the festive season, making it a lucrative investment for brands across the country.