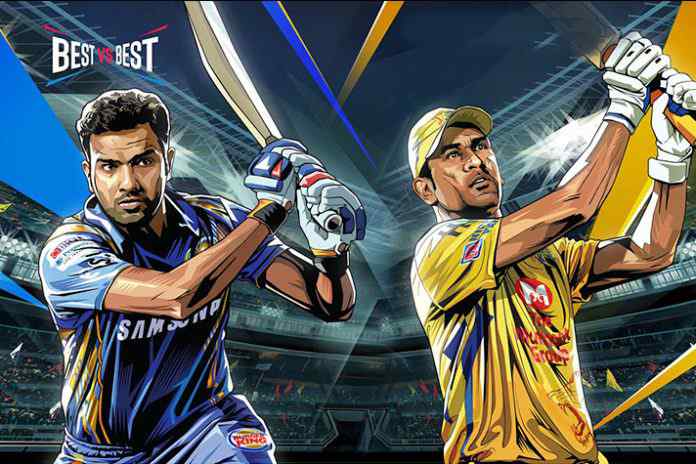 The 13th edition of the Indian Premier League (IPL 2020) will kickstart with a mouthwatering clash that will see 4-times IPL winner Mumbai Indians take on MS Dhoni’s Chennai Super Kings.

Interestingly, CSK will field a squad that has an average age of over 30. While some called them “senior citizens,” others named them “daddy army.” Despite all the criticism and sarcasm, it was this ‘Dad Army’ who brought their experience into ploy and lifted the IPL 2018 title.

On the other hand, the Mumbai Indians (MI) head into the 13th edition of the Indian Premier League (IPL 2020) looking extremely strong on paper and with confidence on their side.

The defending champions, who clinched their fourth IPL title with a thrilling one-run win over the Chennai Super Kings (CSK) in last year’s final, will attempt to win consecutive crowns for the first time in history. Led by the calm Rohit Sharma, MI are the firm favourites for IPL 2020.

While Dhoni has had immense success across both international cricket and in the IPL, Rohit’s success as a leader has mostly remained confined within the boundaries of the IPL.

Dhoni is the most successful captain in the history of the IPL in terms of matches won. Nobody has a higher win percentage than him. Rohit, on the other hand, is placed at the third spot in this list. However, his win percentage is only marginally lower than that of Dhoni and he has won four titles in lesser number of seasons as compared to Dhoni as well.

The middle-order batting dynamo, who is one of the best match winners in the history of the sport, has amassed a total of 4432 runs at a spectacular strike rate of 137.

On the other hand, Rohit Sharma is the skipper of the most successful IPL team. Rohit, with 4 titles with Mumbai Indians, has 1 more than MS Dhoni tally of 3 with Chennai Super Kings. All eyes will once again be on him as he takes charge as captain of the defending champions. Rohit Sharma has etched his name as the most successful captain in the IPL with four trophies, the most by anyone in the tournament.

These cricketers didn’t only bring a vast array of experience with them but they brought a mentality alongside with them. All the players from this core had won the IPL in the past. And it is the self-belief which CSK has in their system which can once again lead them to success.

Mumbai Indians, on the other hand has a strong and young Indian backbone in the likes of Hardik Pandya, Krunal Pandya & Jasprit Bumrah amongst the others.

In Rohit Sharma, Jasprit Bumrah and Hardik Pandya, they have three players who are some of the first names on the Indian team-sheet.

Krunal Pandya and Rahul Chahar have been on the fringes of the Indian T20I team for some time, and are not regulars only because of the presence of Ravindra Jadeja and Yuzvendra Chahal respectively.

Suryakumar Yadav and Ishan Kishan have also had sufficient IPL experience, leading to MI having a sizeable part of their playing XI fixed already. With experimentation limited to the overseas slots, MI are likely to go in with a set combination during IPL 2020 which would give players confidence and an extended run of games.

Popularly heralded as the ‘El Clasico’ of IPL due to the intense battle between the teams and the quality they bring to the middle. They are also the two most successful IPL teams that makes it even more interesting for the fans.

The two teams have played 30 matches against each other with Mumbai edging out CSK with 18 wins whereas the latter has 12 wins.

Head to Head  History: Mumbai Indians vs Chennai Super Kings (MI vs CSK) Year up to 2020