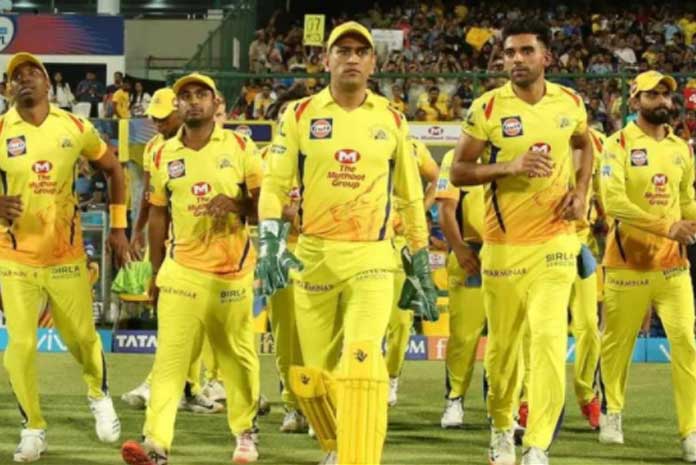 IPL 2020: Led by Mahendra Singh Dhoni, the Chennai Super Kings will kick off their IPl 2020 campaign against Mumbai Indians (MI) at Sheikh Zayed Stadium on September 19. Had it not for the COVID-19, the Yellow army was probably the most stable team amongst the eight franchises. But the start has not been what the CSK side was expecting it to be. While all the other teams are making the right noises in UAE, it had been a curious case of COVID in the Yellow army camp. As many as 13 members from their support staff, including two players, tested positive for COVID-19.

Things went into a spiral for them, when star batsman Suresh Raina and experienced bowler Harbhajan Singh pulled out of the tournament citing personal reasons.

But the bad things have now passed the three-times champion, who seems to be riding high on confidence, courtesy of Shane Watson and Dhoni’s performance in the nets. With less than four days to go, they would be desperate to get back onto the park and begin their quest for the fourth IPL title.

CSK is the most consistent team of the IPL and the crowd favourites. It boasts a strong leadership in MS Dhoni — probably the best ever. The former Indian captain has seen enough to know how to handle the current situation. He is their face and backbone at the same time.

The veteran cricketer is the single point for CSK’s success over the years. Dhoni carries the unmatchable aura which makes even the most under-performing player to do better — if not for the team, then for Captain Cool.

Mahi aside, CSK returned to IPL in 2018, after a two-year ban due to match-fixing. At the mega-auction, they spent most on aged players drawing enough criticism from the pundits. And this is what acted as CSK’s elixir. The Dhoni-led side despite being the team of old warhorses, won the title, showing age is equivalent to experience.

Once again, CSK is likely to open with Shane Watson and Faf du Plessis with Ambati Rayudu taking the No.3 position. Kedhar Jadhav can take the No.4 spot, with Dhoni leading the middle order coming at five. Sir Ravindra Jadeja plays the anchor role for the team.

However, the middle order position can change according to the demand of the situation.

Deepak Chahar in the team would give CSK the needed batting depth, as the pacer has on many occasions claimed that he can swing the bat.

Shardul Thakur, on the other hand, would be leading the bowling attack with Chahar and Lungi Ngidi taking the supporting role.

Weakness: Too many spin options, lack of pacers

CSK is more or less the same as it was in 2018. It still has too many spin bowlers and lacks a fast bowling attack. Yes, UAE is known for its spin pitches, but quality pace is necessary to tackle the likes of Virat Kohli and Steve Smith who are just too good with spin.

With Jadeja and Jadhav making it into playing XI, there will be only one spot left. Imran Tahir, one of the star performers of the CSK, may end up warming the bench.

Moving to fast bowling, not signing quality seamers may coast CSK. The franchise will put faith in Thakur and Chahar with whom Dhoni and Fleming have worked at Rising Pune Supergiants. Thakur did not feature much in 2019 for CSK, but played in the finals against Mumbai Indians. He took two wickets in the match.

But the real problem lies with the overseas fast-bowler. They have Mark Woof and Ngidi in the ranks, however, they quick and raw at the same time.

So, a lot will depend on how their two other overseas fast-bowling options – Dwayne Bravo and Shane Watson perform.