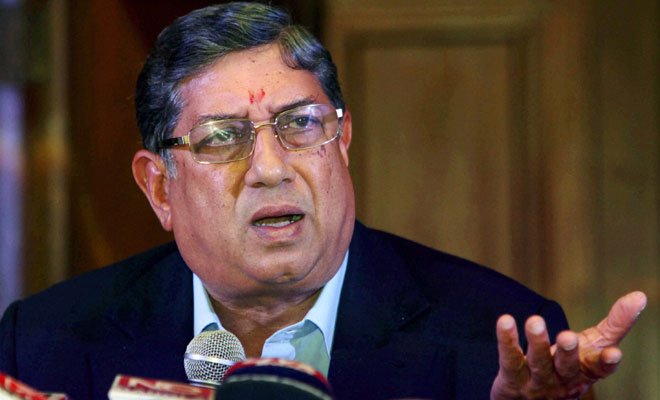 If Covid-19 shocker in the Chennai Super Kings camp wasn’t enough, this revelation will shock each and every CSK fan beyond limits.

The owner of the CSK team has sensationally charged Suresh Raina of behaving like ‘prima donna’ who left the team in lurch. Not only this, the former BCCI president referring to Raina’s sudden departure said, ‘sometimes success gets into your head’.

Reason – according to a report by Outlook, Raina was unhappy with the hotel room he was given. The veteran all-rounder was finding the stiff protocols of the bio-bubble claustrophobic and wanted a similar room that Dhoni had been provided.

Raina left the team on Saturday citing “personal reasons,” but murmurs of a ‘rift’ between him and skipper MS Dhoni have surfaced.

“Cricketers are like prima donnas … like the temperamental actors of the olden days. Chennai Super Kings have always been like a family and all seniors players have learnt to co-exist,” said Srinivasan.

“My thinking is that if you are reluctant or not happy, go back. I don’t force anyone to do anything … sometimes success gets into your head,” Srinivasan said.

Contrary to Srinivasan’s charges, on Sunday morning Raina’s close friend had declared that the southpaw left for India all of a sudden because he was fearful of the Covid-19 situation and was really missing his family.

In an interview, Ajay Sethi, chairman of the Channel 2 Group which holds broadcast rights of major cricketing events in the region and a family friend of the Raina disclosed, ‘‘Suresh (Raina) called me back after repeated messages from me during the day. He decided to leave the CSK camp suddenly as he was getting concerned about his wife Priyanka and their two young children, four-year-old daughter Gracia and four-month old son Rio in view of the pandemic situation.

‘‘After Covid cases in CSK, situation got too much for him to handle. Raina told me that he started missing the family badly, especially the children, from the time he landed in Dubai’’ said Sethi.

Srinivasan added that he spoke to Dhoni and he has full faith on Mahi. He further added that Dhoni had control over the situation after Raina’s departure and even asked his teammates to remain safe.

“I spoke to MS (Dhoni) and he has assured me that even if the numbers go up, there was nothing to worry. He spoke to the players through a zoom call and asked them to remain safe. You really don’t know who is a passive carrier,” Srinivasan said.

“I have got a solid captain. Dhoni is simply unfazed by anything. That is giving everyone in the team a lot of confidence,” Srinivasan said.

Srinivasan believes that Raina will want to come back.

“The season has not begun yet and Raina will certainly realise what he is missing and certainly all the money (a salary of 11 crores per season) he is going to lose,” the CSK boss said.