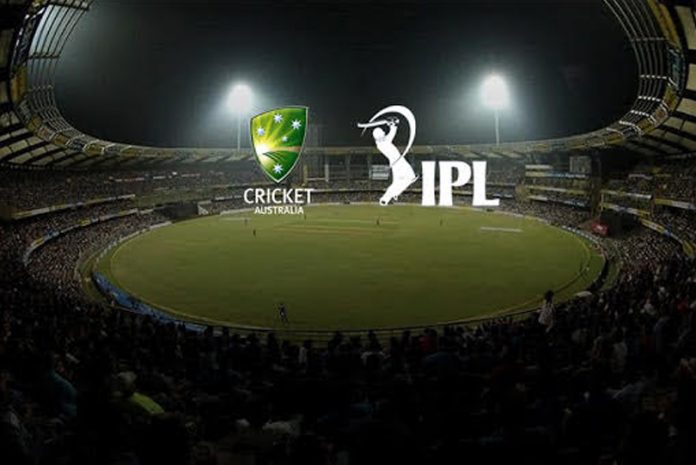 ‘Let Australian players play IPL 2020’ – Justin Langer, coach Australian team
“The top players are looked after very well by Cricket Australia these days, so I think they have obligation to play domestic cricket,” Ian Chappell, former Australian cricket legend
“IPL is a money grab, world and domestic cricket should take precedence’, Allan Border, former World Cup winning Australian captain.
Also Read: IPL 2020: India – South Africa 3 match series being deliberated before IPL 2020…
This is the dilemma Cricket Australia and the Australian cricketers are in currently. The debate is raging big time in Australia, whether to allow players to play the Indian Premier League 2020 or preference should be given to the Sheffield Shield?  Caught in the crossfire are Australian cricketers who have lucrative IPL 2020 contracts in hand.
17 leading Australian cricketers have IPL 2020 contracts worth 86.75Cr (USD 11.62 Mn by today’s rate). None of them wants to stay away from the Indian league. Such is the euphoria after hearing the news of IPL 2020 in UAE that most of them have already started making plans of flying directly from London to Dubai as they will be on England tour in September.
All of them are waiting to get clearance from Cricket Australia to play in IPL 2020.
IPL 2020 : Australian cricketers dilemma, IPL 2020 or Sheffield Shied ?
On the other hand, Cricket Australia is in process of scheduling Sheffield Shield season and domestic one-day competition during the period of IPL in UAE. Usually, most of Australia’s top stars, including team regulars Warner, Hazlewood, Cummins and Smith play in the IPL, but the event is generally held in April-May and outside Australia’s regular domestic cricket window.
It would be a significant change in policy for Australian players to play in the Indian league rather than in Australia’s domestic competitions, however not doing so would mean players would forgo crores of salaries.
What will Cricket Australia do in such a circumstances. The Interim CEO of CA Nick Hockley was asked on Tuesday on his comments on the issue but he declined to answer clearly.
“I think for us now it’s about getting a bit of an understanding and certainty around what that means doing. Clearly in a normal course, some of our best players are obviously top picks for those IPL teams. It’s a bit premature to speculate on that, we now need to understand what the plans are and once we understand that then we’ll, we’ll make decisions accordingly.”, said Hockley.
Reports in Australian media are suggesting that allowing the top Australian players to play in the IPL is the only way forward for CA. As anything contrary to this can jeopardize India tour of Australia which in these tough circumstances is giving new lifeline to the Australian board.

IPL 2020 : After Indians, Australian cricketers are highest paid in IPL 2020 according to IPL MoneyBall

According to the InsideSport IPL Moneyball real time salary calculator, 121 Indian cricketers will be seen in action during IPL 2020. These 121 cricketers will collectively earn 358.15 Cr.

Among the other countries, Australian cricketers are the biggest earners in the IPL after India. In the 13th edition of IPL, 17 Australians are set to earn 86.75 Cr followed by the West Indies Cricketers. The Caribbean cricketers will earn 56.95 Cr collectively from IPL 2020 in UAE.