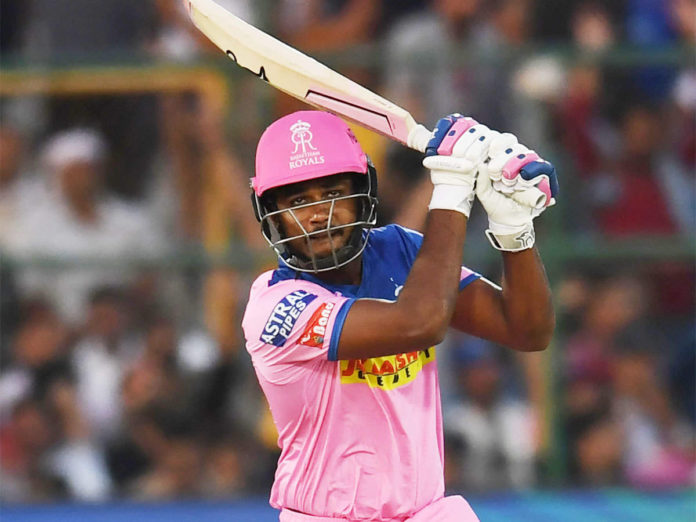 Indian Premier League 2020 has completed a month and the tournament has witnessed raining sixes in the United Arab Emirates. Interestingly, it’s the Indian players who are dominating the list of the most sixes in IPL 13.

Here we take a look at the top five players with most sixes in IPL 2020 after the completion of four weeks:

Rajasthan Royals batsman Samson started IPL 2020 on a superb note but lost his form as the tournament advanced. However, that doesn’t change the fact that he has hit the most number of sixes in the tournament so far. Samson has smashed 19 sixes in nine games and the 25-year-old has scored 236 runs at a strike rate of 160.54. He has also hit two half-centuries in the ongoing IPL 13.

Royal Challengers Bangalore batsman de Villiers is back to his best and he just can’t stop scoring runs that too at an impressive strike rate. ‘Mr 360’ has smashed 285 runs in nine games at a mind-blowing strike rate of 190 and an average of 57. He has hit 19 sixes and 21 fours so far in IPL 2020.

Kings XI Punjab batsman Pooran has been inconsistent with the bat but he still has scored second highest sixes in the tournament (17). Interestingly, the West Indian smashed the fastest fifty of IPL 2020 in the match against Sunrisers Hyderabad. The southpaw took just 17 balls to register his first fifty of the season, which is also the fastest so far in IPL 13.
He walked back to the pavilion after scoring 77 off 37 balls at a whopping strike rate of 208.11. His innings consisted of 5 fours and 7 sixes.

Few people would have heard about Rahul Tewatia before IPL 2020 and even fewer would have expected him to be among the top six-hitters after the four weeks of the tournament. Tewatia first made headlines when he smashed seven sixes in a game against KXIP to help RR chase down record-breaking 224-runs target. Interestingly, out of those seven sixes, five came in a single over which was bowled by Windies pacer Sheldon Cottrell.

Overall, the 27-year-old Haryana cricketer has so far scored 16 sixes in nine games.

Mumbai Indians skipper Rohit Sharma has been instrumental in his team’s success over the years and he has been doing that majorly with his swashbuckling batting. This season is also no different for Rohit as he smashed 15 sixes so far and overall he has scored 251 runs in eight games at a strike rate of 130.05.