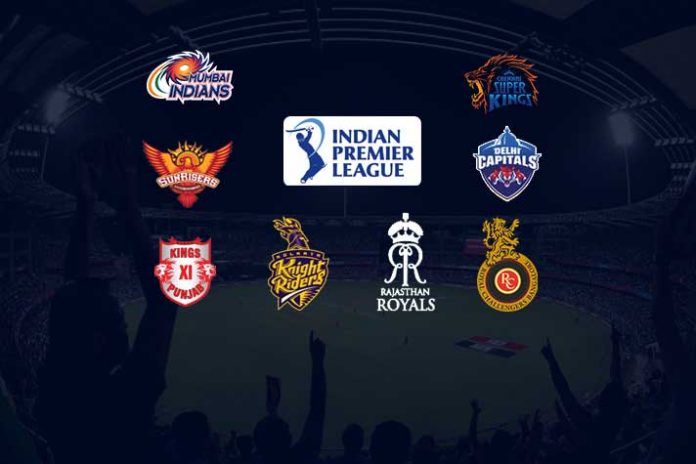 As the Indian Premier League 2020 Auction completed in the City of Joy on the evening of December 19, Pat Cummins emerged as the highest-paid overseas player in the history of IPL Auction, in the process also become the richest bowler ever and overall third-highest salaried contract across 13 seasons of the league.

A total of  ₹140.30 crore were spent on the 62 players – 33 Indians and 29 overseas. Only three teams completed their full quota of 25 players whereas all the eight franchises put their faith in the overseas players and filled their quota of 8 overseas players each.

The likes of India U-19 world cup skipper Priyam Garg and Yashasvi Jaiswal, who used to sell pani-puri on the street of Mumbai, became overnight crorepatis (millionaire) following intense bidding. The IPL over the years has given a lot of domestic players in addition to global players a platform to showcase their talent and to leapfrog to the senior level.

While Chennai Super Kings bought the least amount of players in the auction, Rajasthan Royals bagged 11 players to complete their squad of full 25 players.

Here are all the eight teams at glance for going into the 13th season of the IPL.

The India Cement-owned franchisee has spent ₹ 14.45 crore to acquire four players on Friday to complete the squad of their choice. 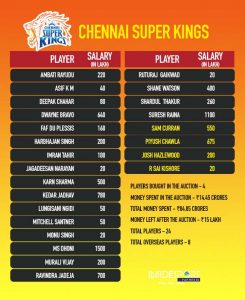 One of the most active franchisees during the pre-auction trading window, Delhi Capitals also committed ₹ 18.85 crore in the auction in Kolkata to add eight more players to the squad. 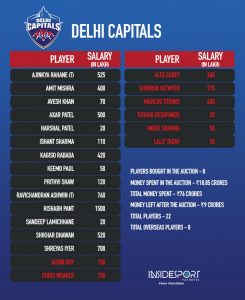 In quest of their maiden IPL title, the Kings XI Punjab have been the wisest spenders to complete the squad of maximum permitted 25 players for only ₹ 68.50 crore. With Anil Kumble as the chief strategist, KXIP bought nine players for ₹ 26.20 crore. 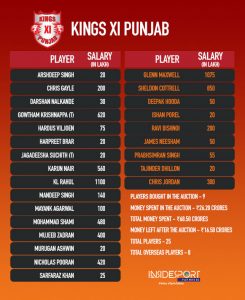 The Kolkata Knight Riders in the process of buying nine players for ₹ 27.15 crore has created an IPL history with the ₹ 15.5 crore winning bid for Pat Cummins. The Knights will have a total of 23 players at their disposal for IPL 2020. 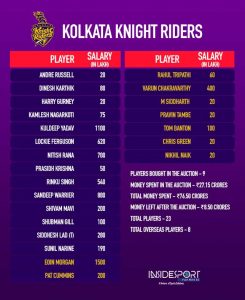 The Reliance Industries-owned Mumbai Indians have readied a squad of  24 players at an investment of ₹ 83.05 crore following six additions at the auction for ₹ 11.1 crore. 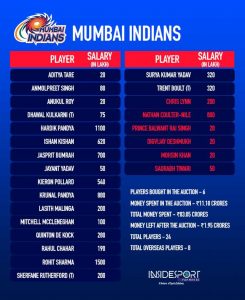 Skipper Steve Smith has been given a full 25-member squad for the IPL 2020. Rajasthan Royals spent extremely wisely in the auction to add 11 players for a mere ₹ 14.15 crore. 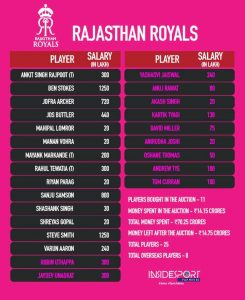 The team laden with many heavyweights will go into the IPL 2020 with only 21 players. Eight players were added to the squad at the auction at an additional cost of ₹ 21.5 crore. RCB had slots and money to fill more slots, but the management appeared content with the pool of the picked 21. 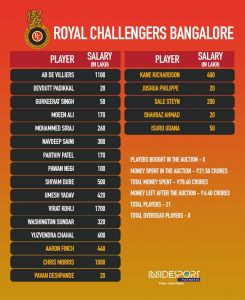 Sunrisers Hyderabad spend the least in the auction and still completed their full quota of 25 players with seven acquisitions for a mere ₹ 6.90 crore. The 25-strong contingent is readied for ₹ 74.90 crore. 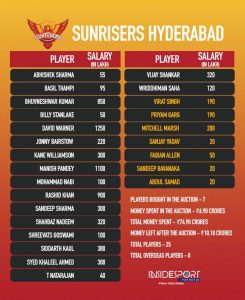 As the IPL Auction unfurled sportingly, it is now all upon the players to prove their think tank’s decision to buy them or retain them correctly when they take on the field in March 2020.