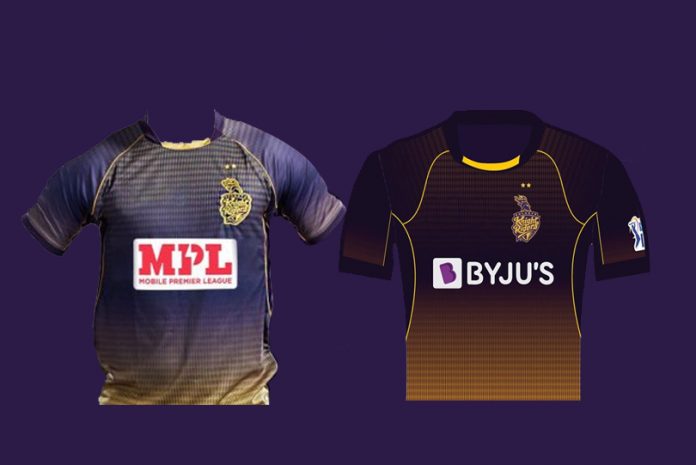 Kolkata Knight Riders can breathe easy as after unexpectedly losing out Byju’s as title partner for the team, Sharukh Khan’s team has signed Mobile Premier League as its new partner.
Though official release by KKR, did not gives any insight into the pull out by Byju’s but release clearly says now Mobile Premier League is now its principal sponsor.

Byju’s had acquired the title sponsorship of the Kolkata Knight Riders for the Indian Premier League 2020 in March. The Indian national cricket team sponsor brand had replaced Nokia as the title sponsor of the Shah Rukh Khan-co-owned IPL team.

InsideSport tried reaching out to Byju’s for its official stand on pull out from KKR team but did not get any reply.
InsideSport also reached out to KKR for the official reason of the pull out by Byju’s for whom KKR’s promoter Sharukh is the brand ambassador. No one from the KKR’s side is ready to speak about Byju’s pullout. According to the sources, Byju’s had pulled the plug on KKR once VIVO had decided to pull out from IPL 2020. The source further informed InsideSport that, citing the backlash on anti-China sentiment, Byju’s pulled out from KKR.
Also Read : https://www.insidesport.in/sports-sponsorships-mobile-premier-league-official-sponsors-for-both-kkr-and-tkr/
IPL 2020 : Byju’s pull out from Kolkata Knight Riders, MPL is the new partner
“We are very excited to partner with MPL, which is vibrant Indian start-up company promoted and run by a group of young and innovating people in esports and gaming, that is bound to grow significantly”, declared Venky Mysore, CEO and MD Knight Riders.
Abhishek Madhavan, VP Growth and Marketing MPL said, “We are excited to be the principal sponsors for KKR. The team has been a household name right from the start and have won the prestigious IPL championship twice”
CPL 2020 is scheduled to start on August 18 and conclude on  September 10 in Trinidad, which will feature three time champions, Trinbago Knight Riders (TKR) and five other teams.
IPL 13 is scheduled to start on September 19 in the UAE and conclude on November 10 which will feature two-time champions Kolkata Knight Riders (KKR) and seven other teams.

Before Byju’s, Nokia had called off the long standing relationship with KKR/ The Finnish mobile phone handset brand had sponsored the KKR for nine of the past 12 seasons of the IPL. Gionee had replaced Nokia between 2015 and 2017, before the latter returned to the Kolkata IPL team with a two-year deal.