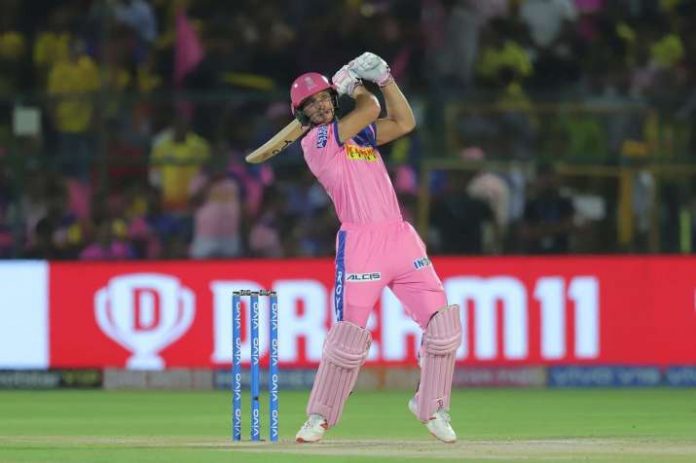 Jos Buttler won’t be available for Rajasthan Royals’ first match of IPL 2020 against Chennai Super Kings on Tuesday as he is serving a mandatory quarantine having arrived in the UAE with his family.

While the Board of Control for Cricket in India (BCCI) has slashed the quarantine period to 36 hours as England and Australian players had travelled from one bio-secure bubble in the UK to another in the UAE. However, as Buttler travelled separately, he will have to undergo the six-day quarantine period.

Meanwhile, Buttler was hopeful that English all-rounder Ben Stokes will be able to join the Rajasthan Royals squad at some point in time during the course of IPL 2020. Stokes missed the majority of English summer as he wanted to be with his family in New Zealand, and hasn’t provided any update on whether he will play in the IPL 2020. He is yet to join the RR squad in UAE.

In the recently concluded T20I series against Australia, Buttler played two matches and scored 44 and 77 helping England seal the series. In 33 matches where Buttler has played after his first stint with RR, the Englishman has scored over 1000 runs at a blistering strike-rate of 125.