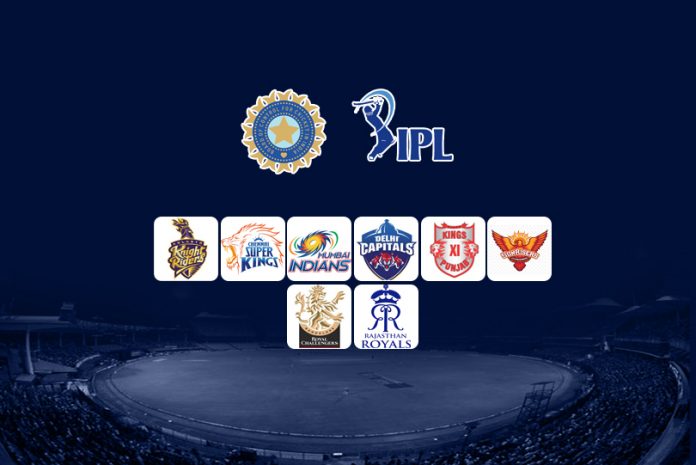 The Board of Cricket Control of India (BCCI) has made it clear that no compensations will be granted to the IPL franchises on account of any revenue loss for the 13th edition of the Indian Premier League (IPL 2020). Franchises are staring at loses on account of Gate revenues & VIVO’s exit as title sponsor. In yesterday’s meeting over the teleconference between the IPL GC and the 8 franchises, the team representatives had demanded compensation for the loss of revenue. But BCCI has made it clear, that no such demand from the franchise will be entertained.

“Some franchises had raised compensation for the loss of Gate Revenues. We will not entertain these unwarranted demands. Nor, BCCI will take any extra cost incurred on account of IPL getting shifted to UAE on its head. Franchises make huge profits every year, if one year the returns are little low – why to make a big deal out of that ? They (franchises) should take that in their stride”, cleared the BCCI official.

The IPL GC – franchise meeting yesterday evening was attended by all top promoters of the teams. InsideSport has reliably learnt that Parth Jindal for Delhi Capitals, Akash Ambani for Mumbai Indians, Shahrukh Khan for KKR was present over the call along with the representatives from the other teams. The 3 hour meeting started in evening at 6 PM and went on till 9PM. The SOP’s, issue of VIVO pull out, concerns of the franchises were discussed threadbare.

InsideSport has further learnt that the representatives of Delhi Capitals raised issue of compensation to the IPL teams and the same was patiently heard by the BCCI officials. Source tells InsideSport that franchises demands were endless. One other franchise representative wanted BCCI to compensate for value erosion in the wake of VIVO’s exit or find replacement at the earliest. Few other franchises wanted relaxation in the quarantine rules for the international players coming from CPL and England vs Australia series.

But for now, BCCI after internal discussion between themselves had decided not to entertain any such representation. On the compensation front, source told InsideSport that BCCI will not compensate any franchise for any revenue loss on account of IPL 2020.

Franchises will primarily lose out on 3 accounts from the IPL 2020.

Hit 1 – Franchises are almost sure to lose Gate Revenues from the IPL 2020 as no fans are likely to be allowed for the IPL 2020. Each franchise collects in a range of 22-28 Cr from the Gate Revenues, but in the 13th edition of IPL, this revenue source will be completely wiped out for the franchises.

Hit 3 – Now with VIVO pulling out, franchises can lose substantially on this account. 50% of the total Central Pool gets distributed among the franchises. VIVO sponsorship worth 440 Cr is also part of the Central Pool. This means 220 Cr (50% share of the total values) of VIVO sponsorship were being shared by the 8 franchises. Each franchise will lose 28 Cr on the account of VIVO pullout. Even if BCCI gets someone at 50-60% of values of VIVO as Title Sponsor, franchises will still lose heavily on this account.

According to the InsideSport’s estimate, each franchise from the 3 components will lose in a range of 70-75 Cr.

Not only this, franchises will have to take hit from another account, that is the escalation in the costs. The IPL 2020 bandwagon has to move to UAE, which means extra expense on the franchises head. In comparison to IPL in India, franchises will end up spending more on logistics (travel – accommodation), creating bio-bubble for the team, arranging practice facilities for the team in UAE and on the other requirements.

Loses from the existing revenue streams and extra expense heads will lead to each franchise losing 80-85 Cr from this year of IPL 2020.