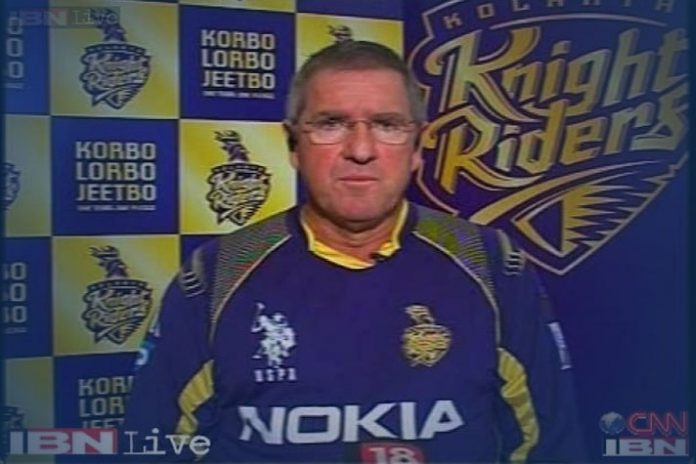 A mere two days after guiding England to their maiden ICC World Cup triumph at the Lord’s on Saturday (July 14), coach Trevor Bayliss is reported to be heading for the Kolkata Knight Riders for his second stint with the Indian Premier League team.

Bayliss will reportedly be joined by former New Zealand and KKR wicketkeeper batsman Brendon McCullum as his deputy.

Earlier on Sunday it was reported that KKR’s coach Jacques Kallis and his deputy Simon Katich have left the Shah Rukh Khan- and Juhi Chawla-co-owned IPL team.

Bayliss will replace Kallis with McCullum coming in as the batting coach-cum-mentor, national daily Times of India has reported.

Bayliss and McCullum are both poised to have their second sting with the IPL team. In his earlier innings with KKR from 2011 to 2014, the World Champion England’s Australian origin coach Trevor Bayliss has twice guided the team to the IPL title triumph.

McCullum had donned KKR colours in the inaugural IPL season in 2008.

Bayliss as a cricket coach has remarkable credentials, including guiding Sri Lanka to the ICC World Cup 2011 final. He had joined England in 2015 and transformed the into cricket’s one day international world champions in a span of four years. He is credited with rebuilding the England team.

Bayliss and McCullum have reportedly been brought in by Shah Rukh Khan.

“From setting up a sturdy coaching unit to creating an efficient ecosystem within their own perimeters, giving the coaching unit and leading cricketers longer, continuing stints, Mumbai Indians have yielded great results for themselves. It’s a template that certainly interests the management at Knights right now. There will be a change on multiple fronts,” TOI quoted sources as saying.

The Ashes series in England is Bayliss’ next major assignment before joining the KKR.