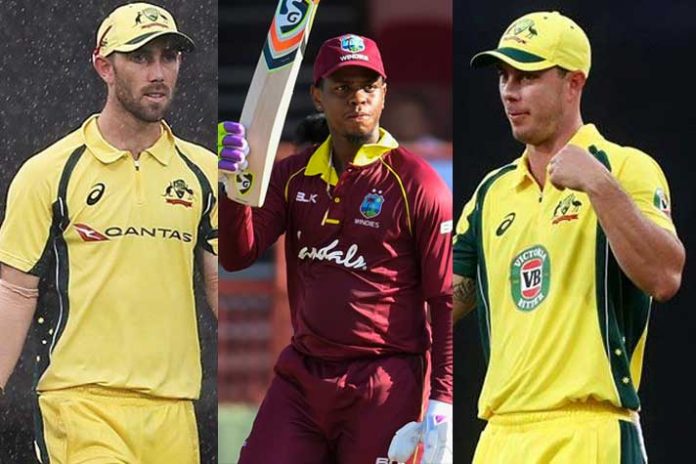 The big Indian Premier League auction is just 10 days away and the franchises will submit their shortlisted players whom they want to see in the auction today (Monday). There are as many as 971 players out of which the shortlisted ones will be listed for the final auction, to be conducted by the auctioneer Hugh Edmeades on December 19  in Kolkata.

With a maximum of 73 spots to be filled by all the franchisees, the battle of bids will be an intriguing one to see. While the likes of Delhi, Kolkata, Rajasthan, and Bangalore will be the busiest ones in filling up the slots, Chennai, Hyderabad, and the defending champions Mumbai Indians will be relaxed and will only look to fill in a few players to solidify their squads. Kings XI Punjab with their new coach Anil Kumble and with the maximum purse going into the auction have a great advantage over their competitors.

IPL is a mix of youth and experience plus a combination of  Indian and overseas players. Over the years we have seen that teams with good Indian talent have gone on to win the championship. With at least 7 Indian players to field in every single game, it becomes imperative that the team management scout the domestic talent and try to groom them. On the other hand, the overseas players bring in their International experience to make it useful for the franchisee.

Also Read: IPL 2020: Mohali to be only home ground for Kings XI Punjab

Uncertainty looms large on most of the players who have been released by their franchisees. Then there are new faces. However, some in-form stars will be eyeing major gains by going back to the auction pool.

InsideSport.co takes a look at the Top 5 player who can make major gains by coming back to the auction.

After serving for six years with Kolkata Knight Riders, Lynn was released before the IPL 2020 Auction. With Brendon McCullum as their new head coach and his companionship with Lynn, it is very likely that KKR would be interested to buy him back at a lesser price. Also, with his current form in the recently concluded T10 League where he was the highest run-scorer, other franchises will also be keen on having Chris don their colours.

The 17-year-old from Mumbai, Yashasvi Jaiswal came into limelight when he thrashed a good bowling line-up of Jharkhand in Vijay Hazare Trophy 2019 on his way to score his maiden double century in List A cricket and thereby becoming the youngest to do so. Yashasvi who will be playing his first U-19 world cup in January 2020 might not get big bids in the auction but to represent either of the franchises at 18 years of age will be a big boost for him in terms of gaining experience.

The big-hitting West Indians are always in demand when it comes to IPL. With as many as 34 West Indians registered to go into the auction, we might see some of them getting huge bids. Shimron Hetmyer who is currently demolishing Indian bowlers in T20 Internationals in India will be one of the lucky ones to get picked at a higher price. Most of the teams require a solid middle-order batsman and Hetmyer will be a great fit in for them.

The 19-years-old boy from Uttar Pradesh who is set to lead team India in the next year’s under-19 world cup, Priyam Garg will be on the list of every franchisee. He has scored 814 runs in 11 first-class matches at an average of 67.83. Just like Yashasvi, it will be the experience which he will get with the big stars at the high-pressure games will be important.

Another big name on every franchisee list will be of Australian hard-hitter Glenn Maxwell. It came as a shock last year when he was not picked up by any of the teams and now after coming back from a small international break, Maxwell is fresh and ready to go. His hard-hitting prowess was seen in his 28 balls 62 against Sri Lanka in First T20 International between the two teams. His genuine off-cutters along with his batting make him a good all-round player and the demand for all-rounders might see him get huge bids this time around.