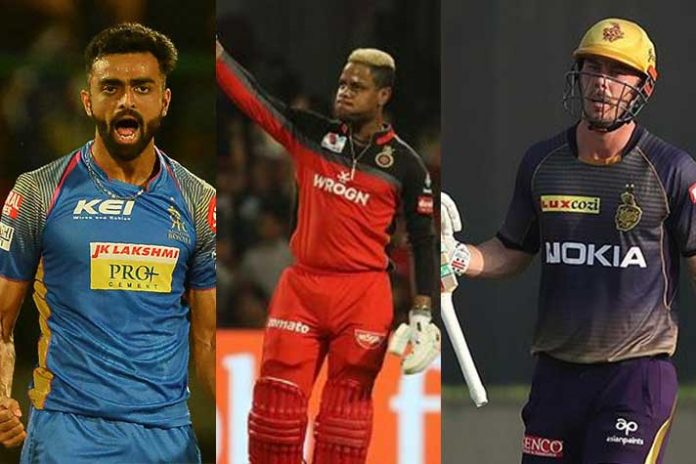 If Royal Challengers Bangalore could have anticipated the class and consistency being displayed by Shimron Hetmyer, they might will have not released the leading West Indies batsmen on the current tour of India.

The Guyanese will be one of the most sought after batsmen as the franchisees exercise their last option to complete the squads for the Indian Premier League 2020.

The exercise to present a formidable combination in quest of the IPL 2020 title has been going on for long for each of the franchisee in terms of meetings and strategies, pre-auction trading retention and release of players, hiring new team management. Before the focus shift to the on ground action, franchisees will be engaged in one last brainstorming bargain to complete their squads.

The eight franchises retained their choice of players along with releasing a few, a month ago. There are many released players who will make an impact in the IPL Auction. Insidesport.co takes a look at the five key players who may see an intense bidding war, which may eventually end up in loss to their incumbent franchisees and gain for themselves.

The 22-year-old Guyanese who made his IPL debut for Royal Challengers Bangalore this year is again set to make franchisee go into bidding war on the back of his impressive India tour. Hetmyer has sent a timely notice to all the IPL franchisees with his match-winning knock in the ODI series opener. He has also been the top-scorer for the West Indies in the recently-concluded three-match T20 series between the two teams. Having gone for ₹4.2 crores last year and with an improved player over a year, it is very likely that the West Indian will bag more than what he made in IPL 2019.

Hetmyer is back in the auction pool as a capped player with base price of ₹ 50,00,000. RCB might have erred in judgement in releasing this hard-hitting, consistent performer youngster whose form is proving the RCB decision to release him.

The big-hitting Australian who has been a part of Shahrukh Khan Owned Kolkata Knight Riders for the past six years was released last month during the trading window. Lynn was in top form in the recently-concluded T10 league in Abu Dhabi and became the top-scorer of the tournament with a personal and league’s best score of 91 in just 30 balls. He amassed 371 runs in 8 innings with an average of 53.00 and a strike rate of 236.31. Lynn who has a good relationship with the Knight Riders’ newly-appointed head coach Brendon McCullum could see him wearing the purple and gold back again but Knights management will have to shell hefty amount to get Lynn back.

Lynn is among the seven capped players with the highest ₹ 2 crore base price for the IPL 2020 auction. He had a ₹9.6 crore contract with the KKR last year.

After his impactful performance with Rising Pune Supergiant in 2017, he topped the IPL Auction 2018 when Rajasthan Royals signed a deal with him at a whopping ₹11.5 crores. He was released after just one season with Royals before they bought him back in the next auction at a price of ₹8.4 crores which was the highest amount for an Indian in that auction. The Saurashtra skipper has been in impressive form in the domestic circuit and has been performing consistently with the ball. His advantage of being a southpaw gives him an edge over others and along with Rajasthan Royals, other franchises will also be keen on having him in their squad.

Bidding for Unadkat will start at a base price of ₹ 1 crore. The team from the Pink City may yet again engage is a bidding war for Unadkat.

The South African all-rounder has been featuring for the Delhi franchise for the past four years and was even retained last year by the team management. However, they decided to let him go and he is one of the 71 released players before the IPL Auction 2020. Morris who possesses an ability to perform with both bat and ball is a great asset for whichever team he goes into. Delhi Capitals will be one of the teams who will bid for Morris whose base value is ₹1.5 crores. They will be hoping to bag him for anything under his last year’s value which was ₹7.1 crores.

Just like Jaydev Unadkat, he was also one of the stars to play for Rising Pune Supergiant who were the finalists’ for the 2017 season. Tripathi has been a regular player to feature for his domestic team and has been performing consistently. With the exposed middle order of many teams, he will be a good choice for the team management to fill that gap. Having been sold at an amount of ₹3.4 crores last season, it is possible that Tripathi will be bagged by either of the franchisees at a price more than that even as the uncapped Indian player returns to the auction pool for the minimum base price of ₹ 20 lakh.