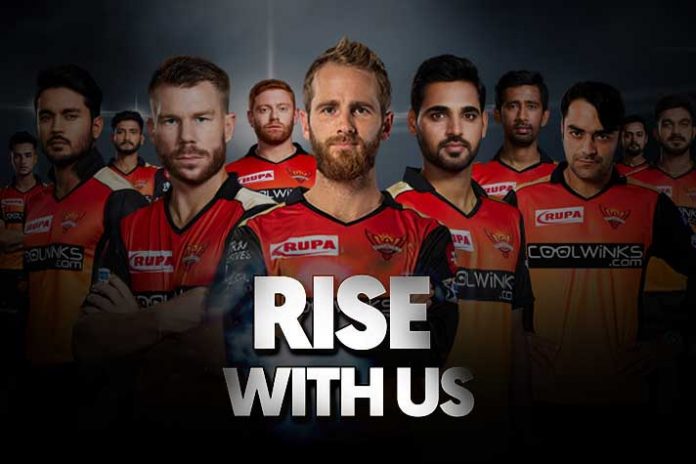 Sunrisers Hyderabad have won the Indian Premier League (IPL) title twice – in 2009 (as now-defunct Deccan Chargers) and in 2016 and with their players in fine form, they are one of the title contenders ahead of the next edition.

Hyderabad has retained most of its core group and released several players namely Martin Guptill, Deepak Hooda, Ricky Bhui and Yusuf Pathan. Additionally, Shakib Al Hasan has been banned by the ICC for a year for failing to report bookie approach.

The franchise has decided to retain youngsters Abhishek Sharma, Khaleel Ahmed, T Natarajan, and Sandeep Sharma. The absence of Guptill and Pathan should see Sunrisers shell big bucks for a top-order batsman and someone to hold fort in the middle order.

Insidesport.co looks at how Sunrisers fare in different departments and what possible options they have for the auction.

For the past three years, orange cap holder has been a batsman from Sunrisers Hyderabad. Such is the dominance of Blackcaps skipper Kane Williamson and Australian firehouse David Warner. Warner has been the top scorer for two of three times, while in his absence Kane took the charge of Sunrisers batting and became the top scorer. Last year after roping in Englishmen Jonny Bairstow, the top order of SRH solidified ever more and did most of the scoring throughout the season. Also, with players like Manish Pandey, Vijay Shankar, Abhishek Sharma scoring consistently in domestic matches, there are hardly any concerns in the batting department for the newly appointed head coach Trevor Bayliss and co.

With the unfortunate ban of Shakib Al Hasan for two years, the Sunrisers Hyderabad are left with just two genuine allrounders in their squad, namely Afghan veteran Mohammad Nabi and Tamil Nadu’s Vijay Shankar. While their priority would be to go after domestic allrounders like Jalaj Saxena, Shubham Ranjane, and even Deepak Hooda who was released by them ahead of the auction, the Sunrisers management would definitely like to get hold of one or even two overseas allrounders. Allrounders like Ben Cutting, Marcus Stoinis, Glenn Maxwell, Chris Morris, Colin de Grandhomme will be featuring in the auction and along with several other franchises, Sunrisers will also be bidding for some of these players.

Having experienced bowlers like Bhuvneshwar Kumar, Rashid Khan, Shahbaz Nadeem, and Billy Stanlake along with young domestic talent of Sandeep Sharma, Khaleel Ahmed, Basil Thampi, Siddharth Kaul gives the right amount of balance to the SRH squad. While the pace attack of SRH is set and IPL being a two-month league with injuries being a massive part of it, the team management will be eyeing for some spinners as a backup. Veteran Piyush Chawla, KC Cariappa, R Sai Kishore are a few of the names they will be gunning for.

With 18 players already in the squad and only 7 to pick from the lot going into the auction, the main idea of Sunrisers management will be to go for domestic talent. They have a great bunch of overseas players and it will be really interesting to see who will miss out from the playing 11 and who will make the cut when the real deal begins.