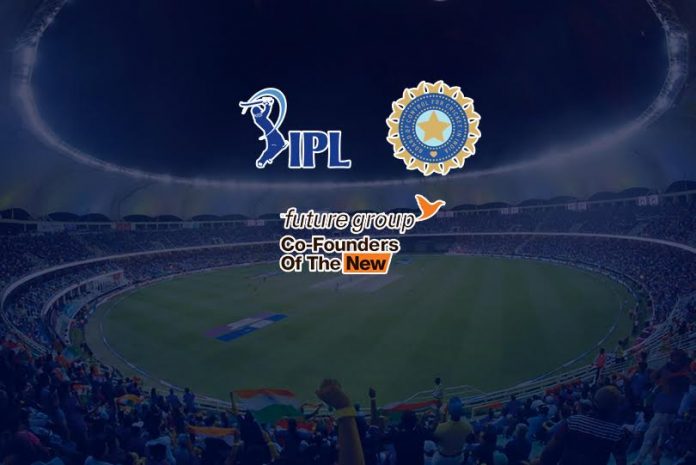 The 13th edition of the Indian Premier League (IPL 2020) is facing all kinds of troubles. If the hit from the suspension of VIVO as title sponsor wasn’t enough, the league is now facing another pullout by the Central Sponsor. According to the BCCI sources, Future Group who was one of the associate central sponsor for the league has pulled out from the IPL 2020 at a very last minute.

“Yes, Future Group has pulled out of the IPL Sponsorship deal. We are looking for a replacement”, confirmed the BCCI source currently in Dubai.

Future Group was associated with IPL for the last 5 years. The IPL official website has also removed the logo of Future Group from the official sponsors list.
According to the info with InsideSport, Future Group was paying 28Cr for the Central Sponsorship of IPL every year. Their were talks during the IPL 2019 as well that the Future Group is looking to exit the league but they continued with the sponsorship during IPL 2019.
According to the market sources, Future Group has been badly hit by the Covid-19 and they decided to pull the plug finally just 3 weeks before the  league is suppose to start on September 19th
IPL 2020 : BCCI in a fix, IPL now left only with 4 Sponsors
The BCCI is already facing the heat due to the suspension of VIVO as IPL 2020 title sponsorship deal. The board lost almost 50% on the title sponsorship values as the replacement Dream11 is only playing 222Cr in comparison to 440Cr pledged by VIVO.
Now with the pull out of the Future Group now IPL 2020 is left only with 4 central sponsors at this stage.
Dream11 – Title Sponsor
Tata Motors – Official Car Partner
PayTM – Umpire Partner
CEAT – Official Strategic Timeout partner
It is worth noting that BCCI is also losing on the account of official partnership slot left by Dream11. The top fantasy sport company has graduated to the title sponsorship. BCCI is yet to announce the replacement for the vacant slot.
BCCI is currently in talks with Unacademy and Cred to fill up the vacant slots.
The franchises which are also feeling the heat from their team sponsors, will now also feel the pinch of the central sponsor pull out as 50% of the total central pool revenues are shared with the franchises as well.