IPL 2020 : All you want to know about IPL 2020 schedule, rules players and franchise will follow this IPL 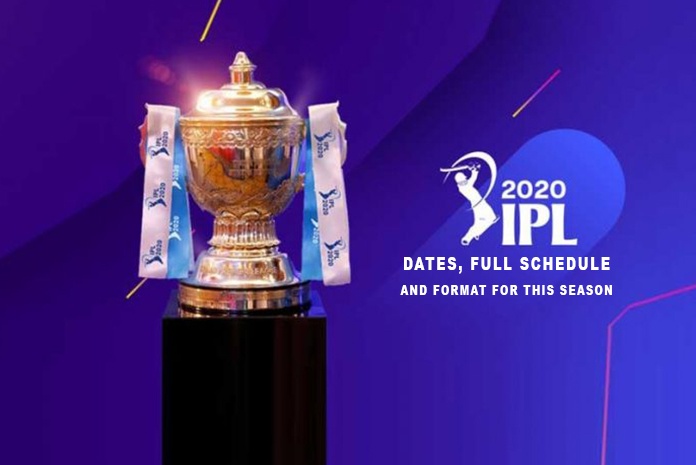 - Advertisement -
If all government permissions to hold the IPL 2020 in UAE comes this week, IPL Governing Council will meet on 1st Aug and officially announce the dates, schedule, protocols for the players, broadcasters, franchises and the other stakeholders.
The IPL GC will meet via teleconference and post that meeting has been convened with the franchises and the broadcasters. The dates, schedules, match timings for IPL 2020 will be released post the meeting.
Check out all that you want to know about the DATES / TIMELINES / SCHEDULES / Match timings / IPL 2020 Protocols / Teams traveling and rules for IPL 2020
- Advertisement -
- Advertisement -

Dates & Schedule of IPL 2020 : The IPL 2020 schedule will be released on Saturday. According to the information with InsideSport, still the IPL schedule will stay the same what was released in the month of Feb 2020. That means on September 19th, first game will be played between Mumbai Indians & Chennai Super Kings. It will also be interesting to check the match-timings for IPL 2020, will the match be advance by 30mins or will IPL 2020 will start at the usual time of 8PM ? IPL GC will deliberate on the same on Saturday.

Player replacement: There will be no change in the player policy and the franchises will be free to travel with extra players so as to avoid last-minute travels. This means the IPL franchises this season will have bigger squads and more players will travel to UAE with the team.

Bio-secure bubble: Production partners of IPL 2020, IMG has been given  responsibility to create SOP’S for the league. Strict protocols will be put in place. Each franchise will create its own bubble in which the team will only be interacting with the limited number of people in their ecosystem or allotted to them by BCCI. A similar bubble will be created for BCCI and the IMG staff, broadcasters etc according to a report.

Travel & accommodation: It was expected that the all travel and lodging arrangements will be done centrally by the BCCI. But according to a report in TOI,  Franchises will have to figure their own travel arrangements and accommodation in UAE. BCCI will coordinate with UAE authorities to ensure “discounted hotel rates” and share it with the franchises. It will then be the franchise’s discretion to settle for options provided by BCCI or make their own arrangements. Franchises will fly their players to UAE and back, as is the case during IPL in India every year.

“In all these years of IPL, the responsibility of accommodation, hospitality, travel etc – during the IPL – has been of the team owners. Nothing is going to change this year. The only change will be in the SOPs with regards to Covid,” GC chairman Brijesh Patel told TOI.

Fans in the stadium : This is a area where discussions are at a very nascent stage. According to Emirates Cricket Board representative, ‘if BCCI is willing fans can be allowed in the stadium’, but the question is for minuscules revenues will the BCCI and franchises risk allowing the fans ? According to info available with InsideSport, BCCI will have a discussion with the franchises on Saturday and arrive at a decision on the issue.