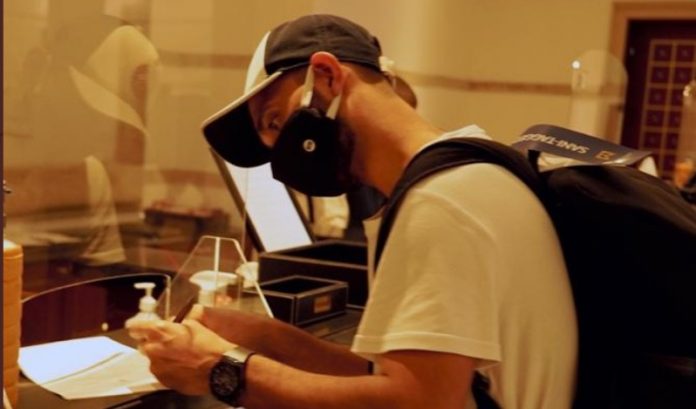 Indian Premier League franchise Delhi Capitals took to Twitter to share a picture of their team’s captain Ajinkya Rahane as he landed in Mumbai before departure to UAE in a few days.All the IPL teams ready for the much awaited Indian Premier League which is set to take place in Dubai.

DC shared the arrival of captain Ajinkya Rahane news on social media platforms.Delhi capitals posted some pictures of Rahane ,who checked in Mumbai hotel today.while sharing the post Rahane wrote” Jinks has arrived at the Mumbai hotel ahead of our team departure in a few days

Jinks has arrived at the Mumbai hotel ahead of our team departure in a few days ?#YehHaiNayiDilli pic.twitter.com/7QGVDHxPvK

Meanwhile,Delhi Capitals has decided to sign up with promoter company JSW Group as their front jersey partners. The Delhi based IPL team lost their long term principal sponsor DAIKIN as the 13th edition of the IPL was moved from regular window of Mar-May to Sep-Nov due to Covid-19.

The JSW group, which is the 50% owner of the Delhi franchise will now be the principal partner of Delhi Capitals. Promoter Parth Jindal, who oversees the JSW group’s paints and cement business and is also part of the steel operations has agreed to be the new principal sponsor for the franchise.

“JSW got a slight discount over what Daikin was paying because of no ticket sales, no meet and greet. But we’ll be showcasing our steel, cement and paints brands during IPL and we will be advertising also on Star and Hotstar,” Jindal declared to Live Mint.