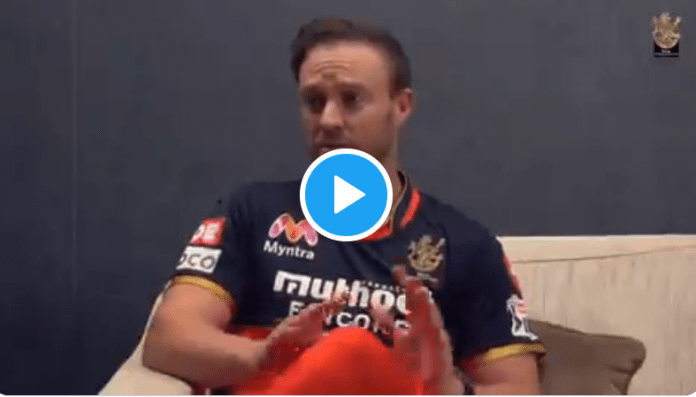 Virat Kohli led RCB side will lock horns with Surisers Hyderabad (SRH) on Sep 21 and the players were working hard to win IPL title this year. Recently franchises shared a video of their star batsman AB de Villiers in which he talked about the team’s preparations for the Dream 11 IPL, the new recruits joining this season, and he also gave a special message for the 12th Man Army.

AB de Villiers said he will miss the energy of RCB fans in the stadium. “I think everyone wants to play in front of big stadiums, there is a sort of adrenaline that pumps into you when the crowd gets very loud especially in the Chinnaswamy when the RCB crowd gets going, it gets difficult to stop the RCB side. We will miss that, I won’t say I am not used to it, I have played a lot of cricket in empty stadiums.

Villiers also has a special message as fans are not present in stadium they gonna miss them so much in this IPL and secondly their main aims to entertain fans and showed the love through television screens and as they never won the trophy if they do, then definitely players will do something special for RCB fans through cameras.

AB de Villiers talks about the team’s preparations for the Dream11 IPL, the new recruits joining this season, and he has a special message for the 12th Man Army.#PlayBold #IPL2020 #WeAreChallengers #Dream11IPL pic.twitter.com/llFYGpEzs7

“I grew up like that, it’s only during the last few years of my international career that I played in front of full stadiums. Even then, every season I used to go back to play domestic cricket and play a four-day game and there were just four-five people sitting inside the stadium. But we will miss the RCB crowd without any doubt,” he said.